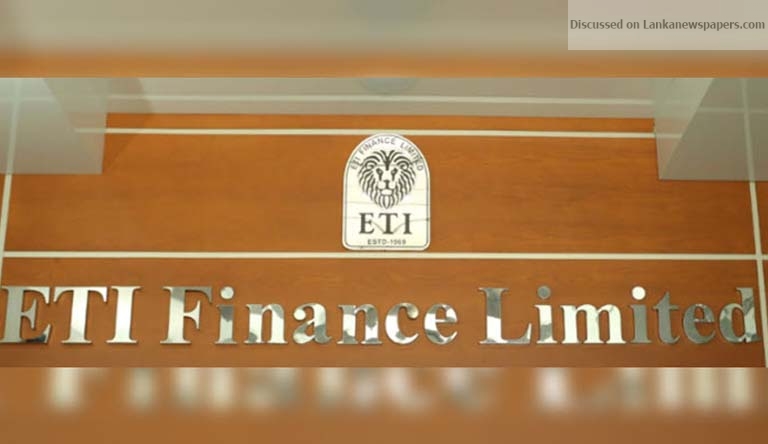 “The total investment for ETI Finance is US$ 75 million. Some local depositors will be paid initially, he said at a media conference in Colombo last week.

He stated that the investment is coming in two tranches with the first tranche US$ 43 million and US$ 32 million as the second.

“Out of the first tranche, already they have transferred US$ 32 million to the ETI which has been used for the 10% deposit payment over the last few weeks, he said.

Governor said that another US$ 11 million has already came into a Cargills Bank account and that it will be released to ETI Finance Limited very soon.

Dr Coomaraswamy also said that both companies are negotiating and there are yet certain  things to be clarified. Once everything is clarified they will take over the company for operations, he said.

‘With that they will complete the first tranche of this investment, he said, adding that the ‘investors have agreed to transfer the second tranche by the end of July 2018.’

He stated that with this ETI Finance will be receiving around 11.5 million rupees which will be used for the payment of existing deposits.

Further Monetary Board of CBSL, having considered the critical financial conditions of ETIFL and the possible implications to the financial system, decided to permit and facilitate ETIFL to sell its holding of shares for a net amount of USD 75 million.

“Having considered the request of the depositors, ETIFL has been instructed to pay urgently, 10 percent of deposit liabilities which amount to approximately Rs. 3,350 million and the accrued interests of Rs. 1,400 million (approximately) as at end May 2018 using the sales proceeds received. The payment will commenced on 05.06.2018. Also, has been instructed to pay a further 10 percent of deposit liabilities on receipt of the balance part of the sale proceeds, reports said.