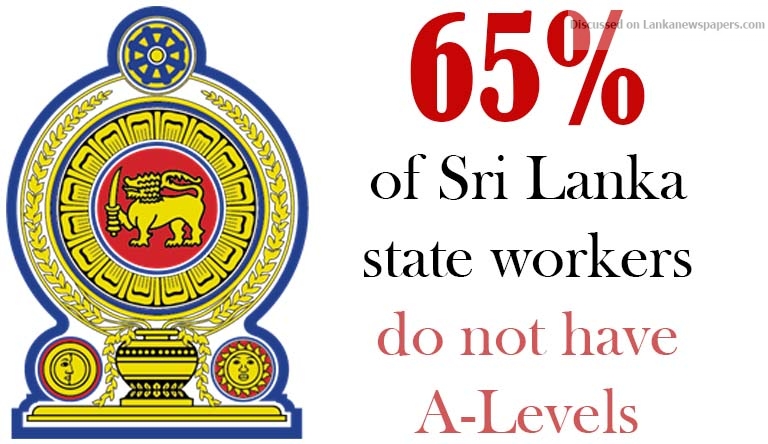 The Department of Census and Statics on Tuesday released the final report on the Public and Semi-Government Sector Employment Census conducted in 2016.

“One in four of public sector employees hold degrees. Of the roughly 290,000 degree holders, more than half have arts degrees, while 14 percent have obtained degrees in management or commerce related fields and 10 percent in science,” the census and statistics office said in a statement.

Only 35 percent had passed high-school, or the GCE Advanced Level Examination.

The census excluded uniformed staff of the army, navy and air force.

Of the 1.1 million public sector workers, 65 percent are employed by the central government.

Female employment overall was at 45 percent: a low 36 percent in central government but a higher 62 percent representation at provincial and local government level.

Sri Lanka’s graduates are also a net burden on society, who seek state jobs with tax payers, who have already funded their degrees being forced to pay lifetime salaries and pensions critics have said