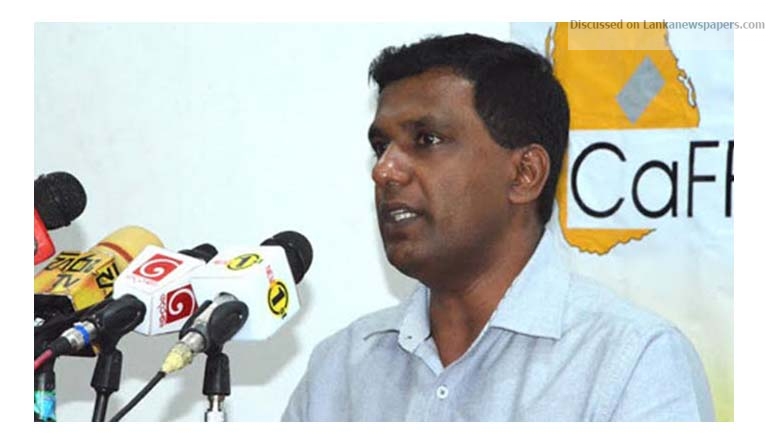 The C350 report, a part of the Bond Commission report containing phone records of COPE members, which was yesterday made available to the public by the Department of National Archives only contained details of records of calls between Central Bank officials and some other individuals, Executive Director of the Campaign for Free and Fair Elections (CaFFE) Keerthi Tennakoon said yesterday.

The CID handed over reports on phone records of COPE members and Perpetual treasuries owner, Arjun Aloysius, and conversations that former Finance Minister Ravi Karunanayake had.

“Only selected details were revealed to the public during the commission sessions. After months of attempts the National Archives today told me that the report COULD be accessed by paying a fee When I obtained a copy, I found that 12 pages were missing, which included the phone records of COPE members and former Finance Minister Ravi Karunanayake,” he said.