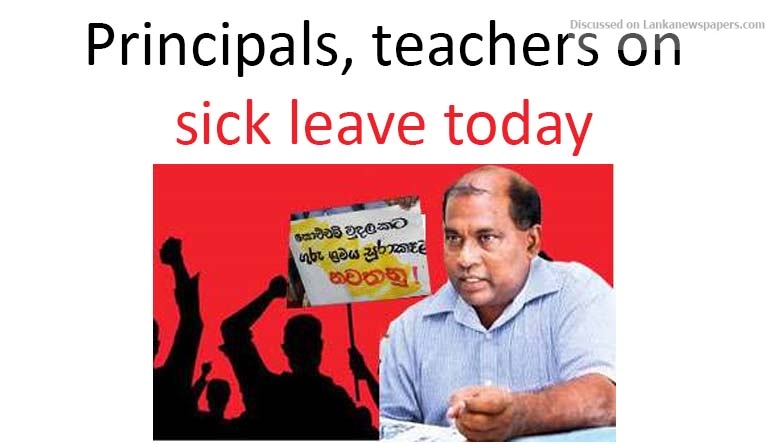 Speaking to the Daily Mirror, the Union’s Secretary Joseph Stalin said they had decided to launch the token strike after failing the discussions with the Prime Minister and Law and Order Minister Ranjith Madduma Bandara yesterday evening.

“All the teachers’ and principals’ unions held a discussion with Prime Minister Ranil Wickremesinghe and Law and Order Minister Madduma Bandara over the issues. We requested the PM to provide immediate solutions on recruiting teachers and principals who have political backing. But the discussions were failed. Finally, the unions decided to go for the strike today,” Mr.Stalin said.

During the discussion, the PM and Minister Madduma Bandara said that they will consider and provide solutions to political appointments of teachers and principals, he said.

Mr. Stalin said if the authorities failed to provide acceptable solutions for their issues, the token strike would be continued as an indefinite strike.

Mr. Stalin said the union had informed all teachers via SMS about the token strike and not to come to school after applying sick leave.

The Sri Lanka National Principal’s Union President, Parakrama Weerasinghe also said that they informed all the principals not to come to schools and not to mark their attendances.

Meanwhile, the Education Ministry Media Secretary Kalpa Gunaratne, quoting Education Minister and Deputy Minister said, it is a right to launch a trade union action, but that cannot be a threat to others who are not in the unions. He noted that stern disciplinary action would be taken against those who threaten teachers who are reporting for duty today and not affiliated to any trade unions. Government Schools will function as usual.