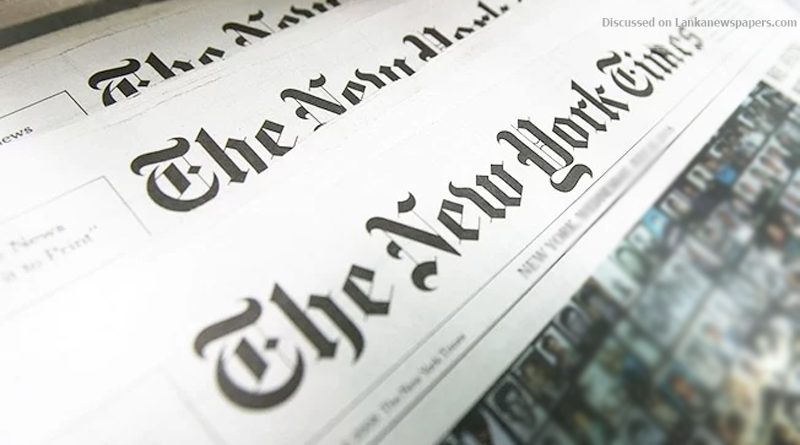 EXPOSURE ON MR CAMPAIGN FUNDING in 2015:

The New York Times releasing an official statement yesterday called on the Sri Lankan authorities to ensure the safety of the Sri Lankan journalists who contributed to the recent Times article on the Hambantota Port.

Slackman added that the actions of the Parliamentarians to intimidate the journalists was ‘unacceptable’ and was “intended to silence critics and curb press freedoms and ultimately deprive Sri Lankans of information in the public interest”.

He further asked that if Rajapaksa had issue with the article, he was welcome to contact the senior editors at the New York Times, “rather than intimidating Sri Lankan journalists”.

The New York Times in their article had alleged that the former President received USD 7.6 million from the Chinese Company China Harbour Engineering Company during the 2014 Presidential campaign.

The article also alleges that the Chinese by funding Rajapaksa’s campaign and his other activities managed to get him to sign over the Hambantota Port to them.

The Joint Opposition has strongly rejected the above claims and questioned the credibility of the article and the journalists involved.