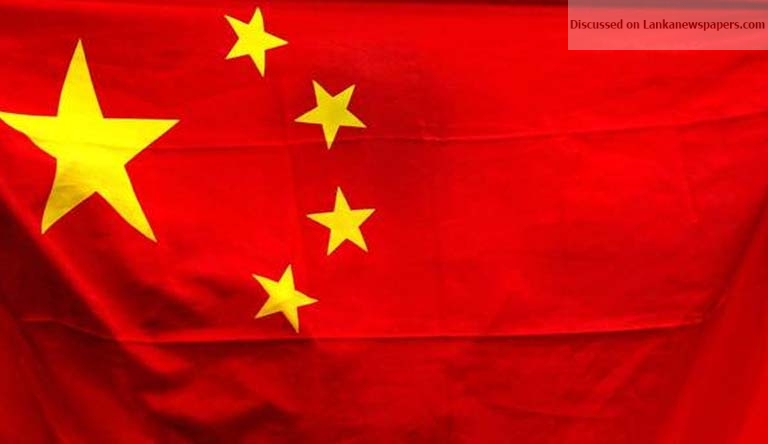 Former Governor of the Central Bank of Sri Lanka Ajith Nivard Cabraal has issued a statement responding to the allegations detailed in the report published by the New York Times. On Monday the 25th of this month, the New York Times published an investigative report headlined ‘How China Got Sri Lanka to Cough Up a Port’.

The report revealed how China had granted Sri Lanka loan facilities at exorbitantly high-interest rates which the New York Times said was the “most vivid examples of China’s ambitious use of loans and aid to gain influence around the world and of its willingness to play hardball to collect.”

The report also revealed that “at least $7.6 million was dispensed from China Harbor’s account at Standard Chartered Bank to affiliates of Rajapaksa’s campaign” in 2015.  Former Governor of the Central Bank of Sri Lanka, Ajith Nivard Cabraal responding to the revelations in the report stated that the author of the article Maria Abi-Habib, was on a mission to provide a pre-determined and completely one-sided viewpoint.

The Former Central Bank Governor says Habib had chosen to ignore all counter points raised by him in his hour-long interview with her. When contacted by News 1st, Maria Abi-Habib said that they “tried to contact Rajapaksa multiple times via phone, email, and Whatsapp,” but did not receive any response.

She adds the Former President’s team should have been able to respond to the 10 VERY detailed questions they sent on multiple occasions over two months. Maria Abi-Habib said she flew to Sri Lanka multiple times to “interview both Mahinda Rajapaksa and Basil Rajapaksa, and never got a positive response about an interview.”

The International Monetary Fund (IMF) has on several occasions warned Sri Lanka to be cautious about China’s “Belt and Road Initiative”. The IMF made the warning in its 2018 Article IV Consultation and the Fourth Review Under the Extended Fund Facility issued on the 20th of this month.

In its Fourth Review, the IMF says “To reap the benefits of China’s Belt and Road Initiative, Sri Lanka should carefully manage large-scale capital projects.” It adds, while the Hambantota Port and Colombo Port City Project “can foster Sri Lanka’s growth through greater regional trade and financial integration, they should be selected and managed carefully given the country’s high public debt and social development needs. The staff stressed with the authorities, the importance of sound and transparent project selection.”

Addressing a conference in Beijing on the 12th of April this year, IMF Managing Director Christine Lagarde said “The Belt and Road Initiative can provide much-needed infrastructure financing to partner countries. However, these ventures can also lead to a problematic increase in debt, potentially limiting other spending as debt service rises and creating the balance of payment challenges. In countries where public debt is already high, careful management of financing terms is critical.”

According to the IMF, outstanding bilateral loans from China to Sri Lanka’s public sector, including State Owned Enterprises, are estimated at about US$4.6 billion at the end of 2016 which is 5.8% percent of GDP. However, while the IMF has also lent Sri Lanka a massive amount of loans, various conditions were presented to the country to release the final tranche of a 1.5 billion US Dollar loan.

The Government of Sri Lanka was scrutinized and made legal reforms to the Exchange Control Act and Inland Revenue Act and also introduced a new pricing mechanism for fuel and electricity as per the requirements of the IMF.

Meanwhile, MP Namal Rajapaksa tweeted yesterday saying “Many inaccuracies in this article. Acknowledging the Port is near 1 of the world’s busiest shipping lanes shows why it’s still a major focus for the West, fearing China’s growing global influence. Sri Lanka’s assets shouldn’t be used as geopolitical pawns in this power struggle.”

A number of politicians have also reacted to the claims made by the New York Times.