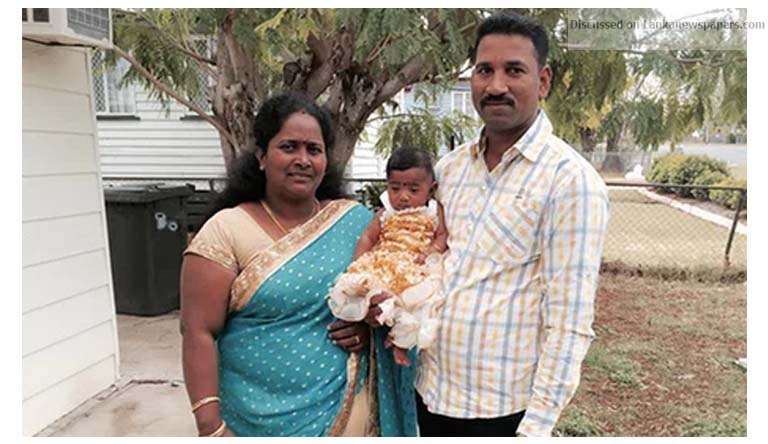 Nadesalingam, Priya and daughters were removed from their home in Queensland’s Biloela.

Two members of a family of Tamil asylum seekers from the Queensland town of Biloela have won an 11th-hour injunction preventing their imminent deportation.

Nadesalingam and Priya and their two young Australian-born daughters have been in immigration detention in Melbourne since March, when they were forcibly removed from their home in Biloela in central Queensland.

The family had previously been told by Australian Border Force officials they could be deported as early as Tuesday.

On Thursday last week, the federal circuit court denied Priya’s bid to stay. The court was asked to consider whether her plea for protection should be reexamined by the immigration assessment authority.

That decision was subject to a 21-day appeal period.

But on Friday, the ABF issued deportation notices to both Nadesalingam and Priya and told the family they could be sent back to Sri Lanka from Tuesday. Advocates for the family said issuing the notices was “underhanded” as they had not exhausted their legal options in Australia.

Justice Murphy on Monday restrained immigration authorities from removing Priya and her eldest daughter until their appeal is finalised.

A date for their appeal is yet to be fixed.

Nadesalingam’s application for protection had been rejected by Australian authorities, and his appeals extinguished.

Nadesalingam and Priya arrived in Australia separately and their immigration cases have been dealt with independently.

Cameron, one of many Biloela residents who has rallied behind the family, said supporters would continue to campaign for a reprieve.