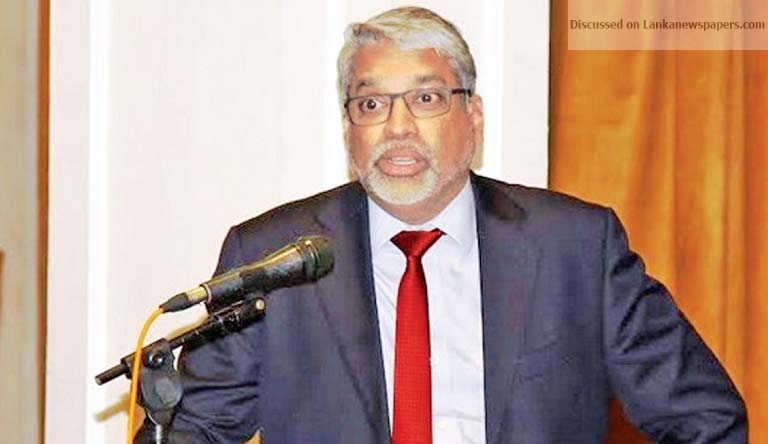 SriLankan Airlines is facing high competition and the best way to bail out the airline and make it viable is to call for a ‘SAARC regional open sky policy,’ said SriLankan Airlines, CEO, Suren Ratwatte.

Speaking at the ‘Logistics Leaders Evening 2018’ at Kingsbury on Tuesday he said that today any airline can come to Colombo and they can also offer better fares than SriLankan as their ‘pockets’ are too deep and they can afford to do so.

“Today you can see several major airlines operating around three to four flights a day to Colombo exploiting Sri Lanka’s open sky policy. The national carrier also flies to these destinations but we are unable to compete with these low fares.”

The best way out of this is to have an open sky policy where SriLankan too would be allowed to fly some of the domestic routes in India and other regional countries as well.

In a somewhat surprise discourse he said that SriLankan offers the lowest airfares in Asia and is even cheaper than Bangladesh, India, Pakistan and Malaysia and this too attributes to the bottom line of the national airline.

He also said that in addition the high fuel costs and other overheads too make the SriLankan turnaround initiative an uphill task. “Fuel costs have gone up by 30% over the last four years but air fares have not gone up mainly due to the tough competition.” Regional low cost airlines like Air Arabia, Fly Dubai Air Asia and even IndiGo in India (currently all of them have over 140 aircraft) are on a huge airline buying spree and have ordered over 200 aircraft for the next few years and competing with them with the current SriLankan fleet of around 20 aircraft was difficult.

The global aviation industry is monopolized by two manufactures, Boeing and Air Bus, five engine makers and five leasing companies and for a small player like SriLankan have to dance to their terms.

“Airlines make money only when plans are airborne but for SriLankan this is not possible as the Colombo Airport capacity is an issue and we are unable to turn around a flight in less than one hour.”

However he said that the Asia Pacific region is among the highest growth regions for aviation and SriLankan can exploit this with new synergies.

The Mattala international airport was built without a proper study of the future aviation requirements, said Executive Director, Airport Aviation, Johanne Jayaratne. He said that the Mattala 3.5 km airstrip which was opened in 2013 was designed to accommodate modern A380 aircraft. “However today A380 is going out of style and this business is no longer a viable option.”

He also said that though new airports are opened all of them do not succeed. Jayaratne who was with the AASl for nearly two decades said that when governments change managements too change and this is not good. “Sri Lanka now urgently needs a clear aviation policy and also a master plan to develop the industry.”