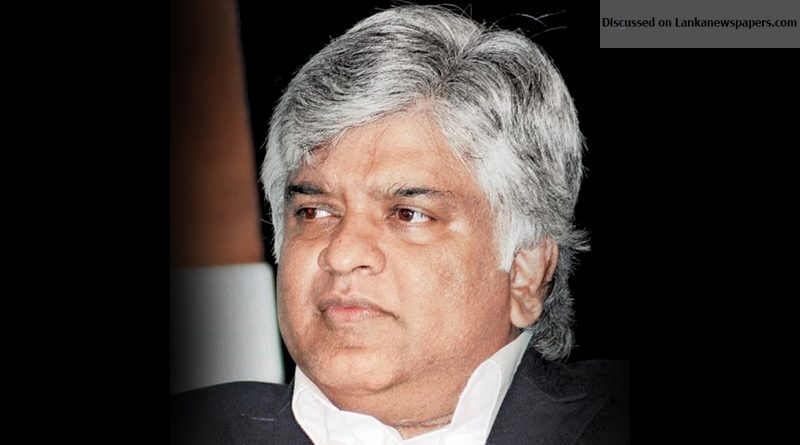 World Cup winning cricket captain and presently Minister of Petroleum Resources Development Minister Arjuna Ranatunga expressed his gratitude to Roshan Mahanama, Kumar Sangakkara, Mahela Jayawardene and Muthiah Muralitharan for taking a wise decision, not to walk into a trap and fall to gamblers.

The past legends declined the invitation extended by Sports Minister Faiszer Mustapha to join SLC in the capacity as consultants to uplift Sri Lanka cricket.

Responding to queries posed by journalists Ranatuga stated that he condemned using senior cricketers to fulfill needs of the administration. He requested the Minister of Sports to establish a new procedure to save cricket.

“The women’s cricket team was defeated by Thailand. Our cricket team had to face difficulties during the series with South Africa. If the government has not learnt a lesson by these defeats ours will be the only government which has ruined cricket in Sri Lanka. I regret to state that even I have fulfilled my responsibilities as a minister, but the President and the Prime Minister have failed to take proper action yet.”

“We barely upgraded cricket and another group has degraded cricket. I saw in the newspapers that 58 sports unions are urging the Sports Minister to hold the cricket elections. These are the people who have used money. We should investigate them. People should not criticize our cricketers, but at these people who have ruined our cricket,” Minister Ranatunga further added.