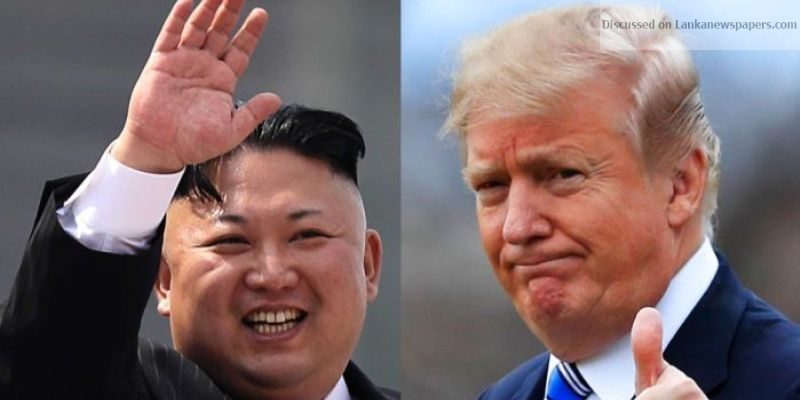 North Korean leader Kim Jong-un has arrived in Singapore for a scheduled summit with US President Donald Trump.

The historic meeting is scheduled to be held on the resort island of Sentosa on Tuesday.

He was greeted by Singapore’s foreign minister, Vivian Balakrishnan. The meeting – the first between a leader from the North and a sitting US president – will take place on Tuesday. Trump described it as a “one-time shot” at peace and said the two were in “unknown territory”.

The US hopes the summit will kick-start a process that eventually sees Kim give up nuclear weapons. The two leaders have had an extraordinary up-and-down relationship over the past 18 months, trading insults and threatening war before abruptly changing tack and moving towards a face-to-face meeting. Trump’s first year in office was marked by bitter exchanges with Kim as North Korea conducted several ballistic missile tests in defiance of international warnings. The US president vowed to unleash “fire and fury” if Pyongyang kept threatening the US. He also referred to Kim as “little rocket man”. In return, Kim called him “mentally deranged” and a “dotard”. Despite the White House’s “maximum pressure” campaign, the North remained defiant and carried out its sixth nuclear test in September 2017. Soon after, Kim declared that his country had achieved its mission of becoming a nuclear state, with missiles that could reach the US.

But in early 2018, North Korea began attempts to improve relations with South Korea by sending a team and delegates to the Winter Olympics in Pyeongchang. In March, Trump surprised the world by accepting an invitation from Kim – delivered via Seoul – to meet in person. Since then, the path to the summit has been rocky, with Trump at one point calling it off completely.

But after some diplomatic scrambling, the two leaders will now sit down together. Both leaders will meet Singapore’s Prime Minister Lee Hsien Loong before their summit. Singapore is only the third country Kim has visited since he became leader in 2011.

He made his first trip abroad as leader to China in March, and in April he became the first North Korean leader to step foot in South Korea when he met South Korean President Moon Jae-in on their mutual border. Enemies since the 1950-53 Korean War, the leaders of North Korea and the United States have never met previously – or even spoken on the phone.

When Trump and Kim meet on the resort island of Sentosa on Tuesday they will be making history even before they start.

US President Donald Trump has landed in Singapore ahead of his historic summit with North Korean leader Kim Jong Un. The US president, fresh after the G-7 meeting in Canada, is set to meet with Singaporean Prime Minister Lee Hsien Loong tomorrow.