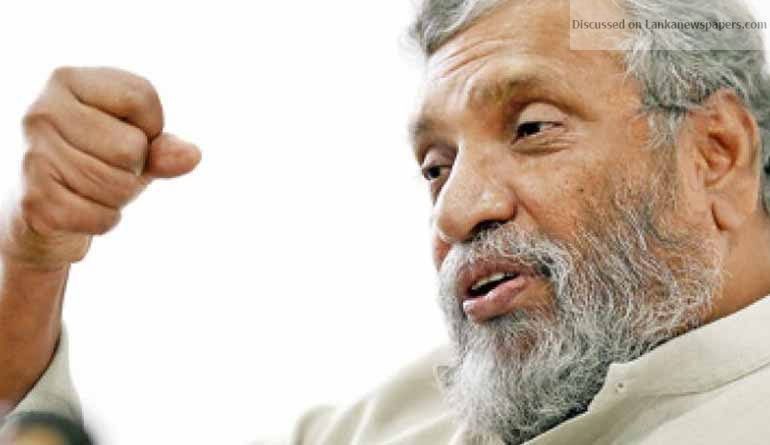 Holding elections on time is vital to protect democracy, franchise and people’s sovereignty in a country and delay in holding elections had resulted in destruction, the Chairman of Election Commission Mahinda Deshapriya said.

He stressed the importance of election at a seminar under the theme “True democracy depends on the right to vote’ held to mark “Voters’ Day” by the Anuradhapura District Secretariat and Anuradhapura Regional Elections Offices on Friday.

The Elections Chief said that there had been three corrupt elections held in our country at times there was no ban imposed by any group of voters to go to the polling stations. One of these was the North Western PC election held in 1999, the other two were referendum of 1982, Jaffna District Development Council (DDC) Election held in 1981.

In the Jaffna district council elections, he recalled, outsiders from Colombo and Kurunegala without having rights to engage in duties at polling stations were deployed leading to disappearance of ballot boxes. Later some of them were found. And this incident was followed by an arson attack on the Jaffna Library in the night of the same day.

This incident also breached the confidence of moderate Tamil politicians on elections and paved the way for “bullet instead of ballot” he pointed out.

Some see the riots in 1983 as the fuelling factor that strengthened the armed groups in the North. It is true but I consider 1981 DDC election as the point of emergence for these groups, Mr Deshapriya stated.

Reminiscing another landmark in the country’s election history, the Elections Commission Chairman said on the basis of the number of votes polled by the political party represented by youth in the 1982 presidential election there was a possibility of securing five to ten seats by them if a general election that was to be held in 1983.

“But youth were deprived of this opportunity leaving them in a breached confidence in the election. This situation pushed some of them to take to arms. About 60,000 lives were perished in the uprising that followed, he recalled.

He said through the 1972 Constitution the five-year term of the then government was extended to six-year term and the then leader of the opposition J.R. Jayewardene resigned from his parliamentary seat and faced fresh polls setting an example for the politicians.

It is the duty of all the 225 members in Parliament to help holding of elections to North Central, Sabaragamuwa and Eastern PCs to give an opportunity to the voters to express their views, Mr. Deshpariya stressed.