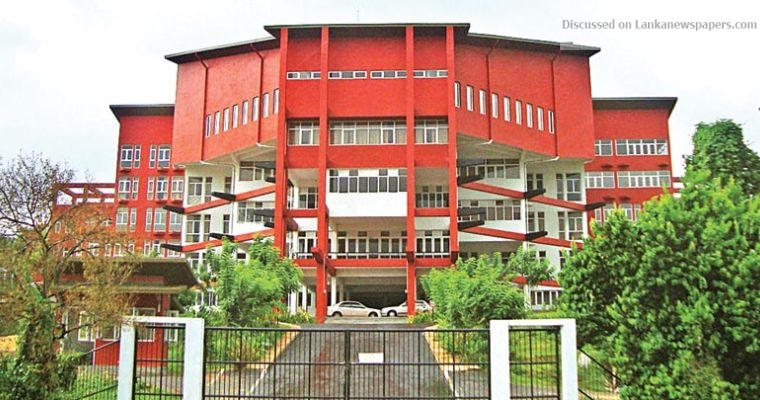 A Bill to set out a national policy to absorb medical students registered with the South Asian Institute of Technology and Medicine (SAITM) to the General Sir John Kotelawala Defence University (KDU) was presented to Parliament yesterday (8).
The Bill titled the General Sir John Kotelawala Defence University (Special Provisions) Bill was presented for the first reading by Minister of Higher Education, Dr. Wijeyadasa Rajapakshe, PC.
Students who have registered with the Medical Faculty of SAITM between 15 September 2009 and 15 May 2017,…… will be absorbed to the KDU to follow the Bachelor of Medicine, Bachelor of Surgery (MBBS) Degree programme, if they have obtained basic qualifications.
The Bill states that the ‘basic qualifications’ are three Simple (S) passes for Chemistry, Physics and Biology at the General Certificate of Education Advanced Level Examination or a relevant foreign qualification. The absorbed students will then be awarded the MBBS Degree from the KDU if they successfully complete the course.
Meanwhile, Joint Opposition (JO) Parliamentary Group Leader, Dinesh Gunawardena objected to the Bill saying that stakeholders of the SAITM related issue have yet to arrive at a conclusion with regard to the matter. Dr. Rajapakshe in response refuted Gunawardena’s claim and said that all stakeholders had agreed to the solution, except one particular students’ union. He added that justice should be meted out to the 980 students who have registered with the SAITM medical study programme.