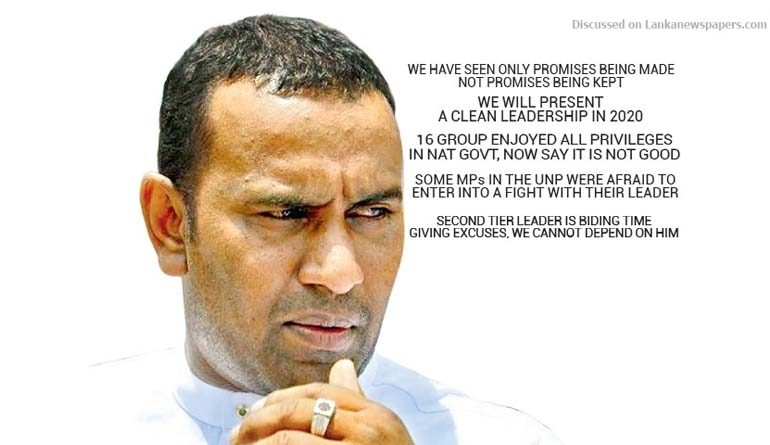 Badulla District Member of Parliament Chaminda Wijesiri said Ranil broke promises and took them for a ride. “He must also stop cheating the country,” he added.
Excerpts:

It happened for the sake of personal and party victory. The people had to face its impact. We have to think about the prices of goods in this country before 2015, also. We took charge of the country with a mountain of debts. The people have been burdened because of that and our weaknesses. If what we said was done properly, the country would have been in a better state.
It was to put things right that the Cabinet was reshuffled. However, is there a change?
A: Very clearly, what happened by the Cabinet reshuffle was changing the pillow to cure the headache. This is not how this should have been done. Our people who dedicated themselves to form this government and protected it have got nothing, today. It is they who have the right to ownership of this government. But what is happening is President Maithripala Sirisena is trying to make his dream come true. He came saying it is for five years and is dreaming to be there for a second term. The Cabinet reshuffle this time was to realize his objectives.