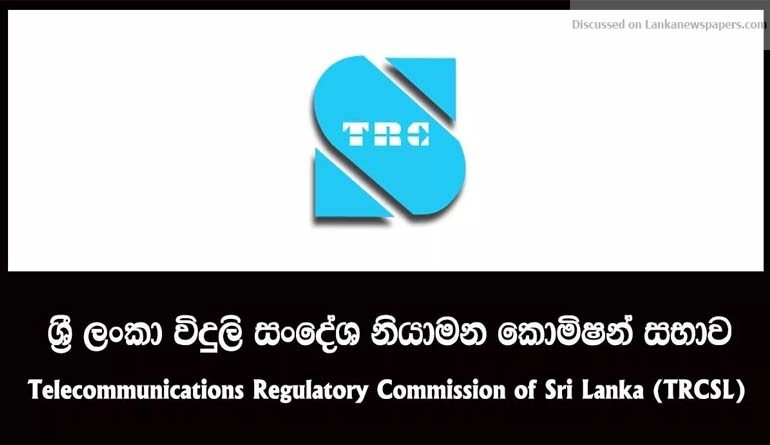 The telecommunications regulator today defended its action against TNL TV saying it had no “undue ambition.”

“The TRCSL (Telecommunications Regulatory Commission Sri Lanka) emphasizes that there is no any other undue ambition behind this action,” the regulator said in a two-page statement issued a day after Telshan Network (TNL) had its  Polgahawela transmitter seized, Economy Next reported.

The TRC retracted its earlier allegation that TNL had not paid its licence fees and instead modified its charge saying that the TV station was illegally operating two frequencies “from time to time.”

The TRC had also said that members of the police Criminal Investigation Department (CID) were involved in raiding the TNL station at Polgahawela on Tuesday, but authoritative police sources said it was not the case and that the CID had nothing to do with the raid.

The TRC action came days after the station criticised President Maithripala Sirisena. The TRC action was also seen as a worsening of the power struggle  between him and Wickremesinghe.

The TRC is directly under Sirisena and its Director General is P. R. S. P. Jayatilaka is a brother of SLFP MP Malith Jayatilaka, a strong Sirisena loyalist who also wrote a book about his ascendency to power in 2015.

The book contains a chapter on how Sirisena had a secret meeting with Gotabhaya Rajapaksa, the former defence secretary, soon after his election in January 2015.

United National Party seniors have expressed dissatisfaction over the TRC action. Government spokesman Rajitha Seanaratne told reporters Wednesday that he hoped the issue could be resolved at the earliest.

In November, Sirisena blocked Sri Lankans from being able to access the London-based Lanka E News website after it published an expose alleging graft in his office. He also goes down in history as the first president to block access to a social media platform. He banned Facebook for a week in March blaming the platform for fuelling communal violence. (Colombo Gazette)