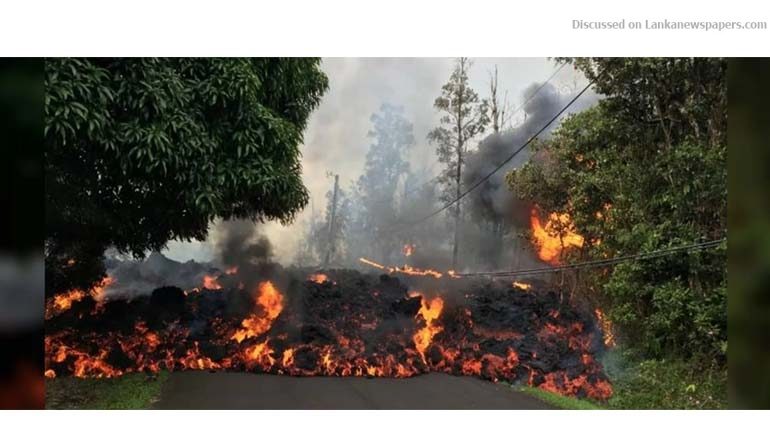 REUTERS – The Kilauea volcano in Hawaii has forced a series of evacuations on Hawaii’s Big Island.

Three people were airlifted to safety on Sunday morning (June 3) as lava from Hawaii’s Kilauea volcano threatened an isolated area where they had become trapped, the National Guard said. The two men and a woman became the latest in a series of evacuations on Hawaii’s Big Island forced by the volcano, which has been erupting since May 3.

On Saturday (June 2), National Guard troops, police and firefighters ushered evacuees from homes on the eastern tip of the island, hours before lava cut off road access to the area, officials said.

Authorities since Wednesday had been urging residents of the area to leave before lava spewing from a volcanic fissure at the eastern foot of Kilauea reached the area.

The final phase of the evacuation was carried out late on Friday (June 1) and early on Saturday (June 2) by fire and police department personnel, with help from the Hawaii National Guard and public works teams, county civil defence spokeswoman Janet Snyder told Reuters by email.