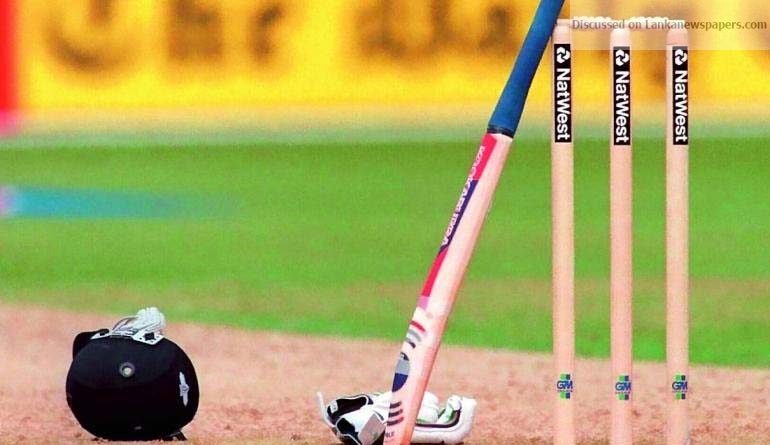 Following the Sports 1st revelation over the allegations raised on pitch-fixing at the Galle International Cricket Stadium, more details on the matter have surfaced.

The decision taken by SLC to appoint a Gym Assistant as Assistant Manager of the Galle Cricket Stadium became a serious issue, as this individual did not have any form of experience regarding a Cricket Pitches. Then-Secretary of the Galle Cricket Club the late Helambage Premasiri had voiced his objection to this appointment, however, he did not receive a positive response to that.

Six Days after the controversial test match at the Galle International Cricket Stadium, Helambage Premasiri was assassinated for unknown reasons.

On the 1st of March 2016, Sri Lanka Cricket informs the District Cricket Associations of the Southern Province that the SLCs Godfrey Dabare, and several officials would be taking over the premises. The memo notes that Galle Stadium Coordinator Mahesh Sanjeewa, Accounts Clerk Rifana Nizam, and Computer Operation Disna Sanjeewani have been transferred to another Cricket Stadium.

On the 03rd of March 2016, a complaint was lodged with the Galle Police opposing this process.

The Late Helambage Premasiri and Galle Cricket Stadium personnel had taken measures to forward a complaint to the Galle Police against the process and the pressure exerted. Another issue is that the controversial Second Test Between Sri Lanka and Australia began on the same day these new appointments were made.

According to the information provided to us, Police Officers had visited the Galle International Cricket Stadium to conduct an inquiry over the complaint made and we were also given photographs to prove the visit by Police. If the appointments were legal, these people should have been called for an interview and thereafter the appointments should have been presented in a proper manner.

However, such a process had not been adopted in this matter and what is a more serious issue is that the appointment came into effect the very day the Second Test Between Sri Lanka and Australia began and was also highlighted by Al Jazeera as an encounter where pitch-fixing had taken place.

In March 2016, an allegation was made against Godfrey Dabare, who is currently the Manager of the International Venues and Facilities at Sri Lanka Cricket, Harsha Munasinghe and Tharanga Indika over the theft of steel at the Galle International Cricket Stadium.

Another serious issue is, no action has been taken against Tharanga Indika or the other two people with regard to the sale of steel and scrap metal at the Galle International Cricket Stadium, without following a proper tender procedure.