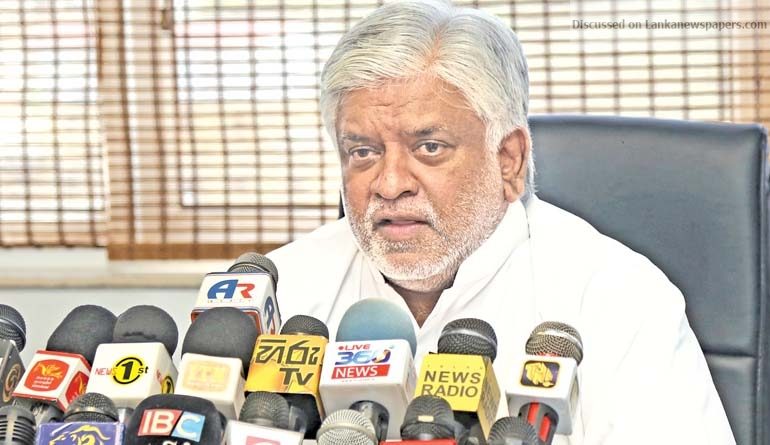 Expressing his deep disappointment over continuing political crisis, Ranatunga alleged that the failure on the part of Sirisena and Wickremesinghe enabled robbers to become heroes.

The world cup winning former national cricket captain backed UPFA/SLFP MP Dayasiri Jayasekera’s call to reveal the names of 118 individuals, who had allegedly received payments from Perpetual Treasuries Limited owner Arjun Aloysius. Ranatunga said that he was delighted at least the government was able to catch some of those who robbed after the change of government in January 2015 though nothing was done about mega corruption during the Rajapaksa administration.

Some of those who had been talking big were now exposed, Ranatunga said.

Those who had exercised their franchise for January 2015 change of government believed swift and decisive action would be taken to bring corrupt politicians and officials before justice, the minister said.

Ranatunga declined to reveal his stand on the 20th Amendment meant to do away with the executive presidency. Declaring that the country needed constitutional change beneficial to the country, Ranatunga said that 2020 leader would be decided at the time of that change.