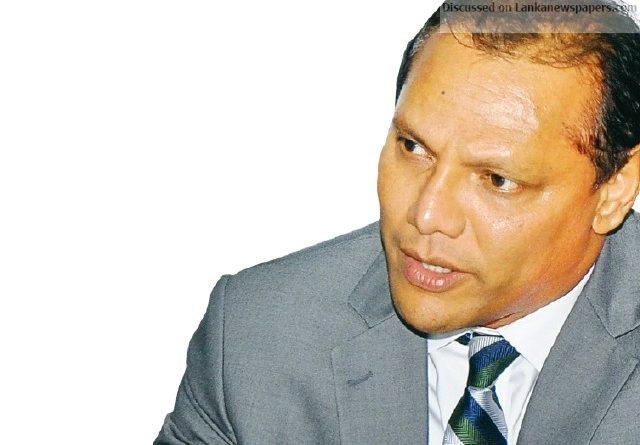 Former Minister of Sports Dayasiri Jayasekara yesterday (28) said that Sri Lanka’s fast bowler and Former Twenty-20 Skipper Lasith Malinga could have made a written request through him, if he (Malinga) had suspicions regarding pitch tampering, rather than making allegations in front of the media and during cricket workshops.
Malinga, during a workshop at Water’s Edge, Battaramulla Few months after his allegations, a documentary by Al Jazeera’s Investigation Unit was aired on 27 May alleging that both last year’s India – Sri Lanka Test match and the Australia – Sri Lanka Test match in 2016 were fixed. Both games took place at the Galle International Cricket Stadium.
The documentary claimed that the suspects had paid money to ground staff on both occasions to doctor the pitches and guarantee the outcomes. It is alleged that an effort has also been made to fix the upcoming Sri Lanka-England Test Matches to be held in November this year which are scheduled to be held at the same venue.
When journalists queried from him, during a media briefing yesterday, as to why he, as the Minister of Sports at that time, did not take any action when Malinga made that controversial remark, Jayasekara said, “Malinga has said many things prior to that and everyone knows what kind of a mouth he has. We just cannot start a probe based on his allegations delivered at some workshop. He could have sent me a written request seeking a formal probe into the matter if he had a true intention of finding out what was really going on.”
Jayasekara went on, “During the workshop at the Water’s Edge he spoke for about an hour. The media only highlighted a minute or two of that speech. What I’m saying is that if he made a formal request, a probe into the matter could have been launched. But none of the players did it.”
“Match fixing and pitch tampering are two different things. Therefore, I do not think that any of our players had been involved in the allegations made by Al Jazeera, he said.
Malinga, during the said workshop, had stated, “When we inspect wickets before the game, we are asked to give our opinion on the type of the wicket to be prepared. We tell them things such as keep the grass in a certain way. But when we take two steps away from the wicket they cut the grass completely and make excuses like they used the wrong blade, etc. This has happened twice.”
The Former Minister of Sports stressed that if the players demand to prepare pitches according to their tastes that too was not fair.(MD)