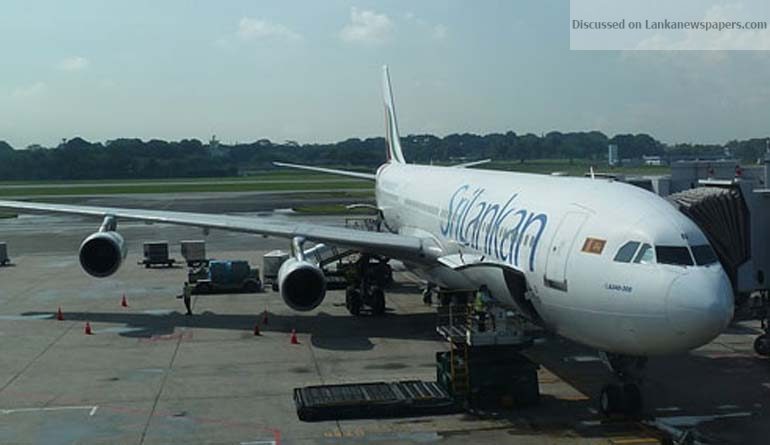 A SriLankan Airlines plane with 228 people on board hit a runway light at the Cochin Airport during take-off, Indian media reported.

All passengers on board the SriLankan Airlines flight UL-167 are safe, the report said.

The aircraft’s wheel was damaged and the flight was cancelled.

The runway was closed for a while and is functioning now, according to officials.

Issuing a statement on the incident, SriLankan Airlines said that UL flight 167 en route from Colombo to Cochin landed during an intense rain shower caused by the onset of the Monsoon at Cochin International Airport at 3:30 p.m. today (27th May).

“Due to the ambient conditions, strong winds and heavy rain, the aircraft veered toward the runway edge and caused damage to some ground lights.”

“The flight landed safely with no injuries to passengers or crew,” the statement added.

There was minor damage to two lights on the runway. The flight was carrying a total 228 passengers and 12 crew members, the national carrier said.