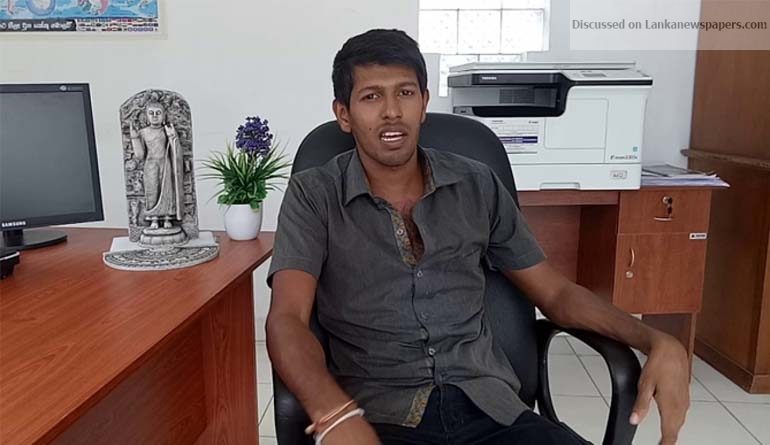 Leader of Mahason Balakaya, Amith Weerasinghe, who is being detained at the Anuradhapura Prison over his alleged involvement in the Digana clashes, had been admitted to Anuradhapura Teaching Hospital after being assaulted by a pharmacist, a spokesperson for the police media unit said.

Weerasinghe had been assaulted on May 24 by the pharmacist attached to the prison hospital.

Earlier it was reported that when Weerasinghe’s wife arrived at the prison on May 25, she discovered that her husband had been admitted to the Anuradhapura Teaching Hospital after being assaulted.

Weerasinghe had been admitted to the prison hospital on May 24 after he contracted flu and he had been assaulted after an argument with the pharmacist and she had complained to the Anuradhapura Police.

Terrorist Investigation Division (TID) arrested Amith Jeevan Weerasinghe, alleged to be one of the masterminds of the communal unrest in Kandy and nine others, on March 08. The TID also arrested Weerasinghe’s second in command Sureda Suraweera. They are accused of spreading misinformation that led to communal violence, organising violent mobs that attack persons and property and using social media to incite violence.