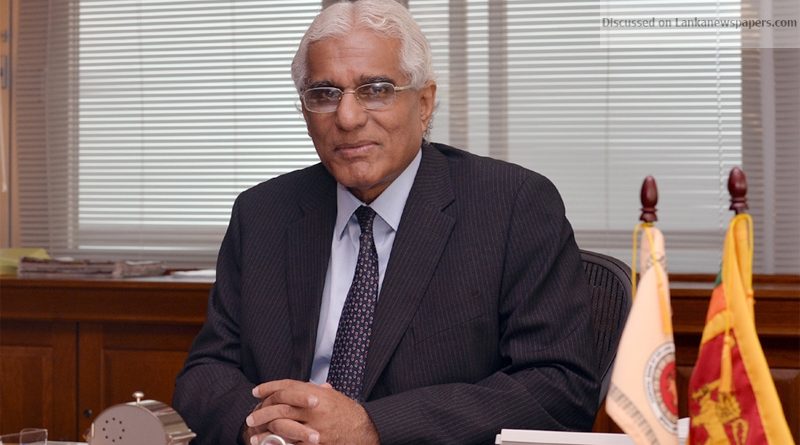 ” During the first two months of the year gold and vehicle imports went up drastically and therefore, we decided to impose a 15 percent tax on gold imports from April, which gave some relief  to the fiscal position of the economy, Coomaraswamy told the media at the monthly CB Monetary Policy Review meeting on Friday.He said that during the first two months of the year US $ 2.1 million worth gold imports were reported but there were no substantial exports and this ‘prompted us to impose the 15 per cent tax in order to prevent any leakage of foreign currency.’He also said that the Samurdahi Bank would not be taken over by the Central Bank but CB will will help to improve its performance by helping to regulate it to strengthen its position. “Therefore, a new committee will be appointed to look into that matter, which is currently reviewed by a management committee, which has been appointed under the Divi Naguma Act, the Governor said.,

The Governor also said that the CB kept  policy rates unchanged,. He said inflation will remain in single digit levels, despite a temporary uptick in the index as fuel and gas prices were raised, while food prices continue to fall.

“However, a temporary uptick in inflation is expected in the short term due to the impact of upward price revisions to domestic petroleum products, LP gas and milk powder, he said..

“Nevertheless, with the dissipation of these transitory supply driven price pressures and further improvements in domestic food supplies, inflation is expected to stabilise in the desired mid-single digits in the second half of 2018.

“Inflation is projected to remain within the 4-6 per cent target range over the medium term, he explained.

‘The Central Bank had earlier said 12-month inflation index would fall in the first quarter of 2018 and has delivered on its promise.

‘Until March it did not print money and was sterilizing forex purchases. Under modern central banking inflation generated in the past is a ‘bygone, the Governor said.