Sri Lankans are known for playing one game in particular—cricket, but that doesn’t mean we don’t engage in other games as well. From rugby to soccer to netball and volleyball (which is incidentally our national sport), swimming, tennis, squash and badminton, there are Sri Lankans enthusiastically engaging in their sport across the island. But outdoor sport is not all we engage in—there are plenty of indoor games we play, which include the more Lankanised Booruwa, Hatha Vasi, Juse and 304, as well as the plethora of Western games like Monopoly, Risk, Boggle, Scrabble and Uno we love playing in our free time. In recent years, however, a number of Sri Lankans have created whole new uniquely Sri Lankan games that are making their rounds on social media. Here are six new games that have debuted in Sri Lanka in the recent past, and what we know about them: 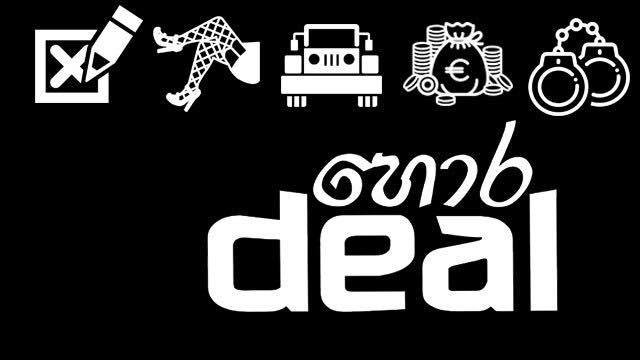 Does Hora Deal takes a lesson from Trump’s ‘Art of the Deal’?! Image courtesy Facebook/HoraDeal

This black and white card game is politically inspired and created for the ‘aspiring politician’. The goal of the game is to collect three sets of ‘power cards’ to become President (the first set makes you a Provincial Councillor, the second a Cabinet Minister, and the third a President). Each power card comes with a number of Sri Lankan political essentials—your own set of thugs, relations in power, offshore accounts, and stolen ballot boxes! There are a number of ‘action cards’ that allow you to steal power cards from opponents, collect bribes, engineer crossovers, and perform all manner of other tricks to stop your opponent from becoming president and making sure you get there first, all the while avoiding missing a turn courtesy the FCID. ‘Hora Deal’ is the brainchild of three young Sri Lankans, who would rather not have their names publicized, and the idea came to them sometime last year, but was acted on much later, with the first edition going on sale in February 2018. The response, in the words of the three-member team, has been “awesome” and the game has garnered positive feedback on social media where marketing was done via their Facebook, Twitter and Instagram accounts. ‘Just Go Men’ is board game that takes its inspiration from the ubiquitous Monopoly, but is customised to the Sri Lankan palette. Peppered with colloquialisms like ‘aiyo’ and ‘machan’, cards fall under the categories ‘rice’ and ‘curry’ (replacing ‘chance’ and ‘community chest’) and instruct players to “pay Rs. 150 million for the tuk tuk fare to Uncle Saman’s sister’s husband’s niece’s wedding”, or asks them “Did you hear about that one ‘carrying on’ with this one? Advance to Colombo to hear the gossip”. The game also features an achchi who will send you to a family function, the equivalent of ‘go to jail’!  Even property names have been changed to reflect the names of the larger cities in Sri Lanka—Colombo, Negombo and Kandy, to name a few. The board game was the fruit of a “wild idea” six friends—Revan Fernando, Shahen Rodrigo, Nipuna Gunaratne, Sharya Wickremasuriya, Shenali De Fonseka and Shanya De Fonseka—had while playing the board game sometime last year, and culminated in a fully fledged Sri Lankanised version of Monopoly in December 2017. The response to the game has been strong, with the friends selling out the 100 games they had prepared for the launch. Shanya de Fonseka told Roar Media they plan to continue producing the game, and that it can be bought online and is being marketed only on social media sites Facebook and Twitter. 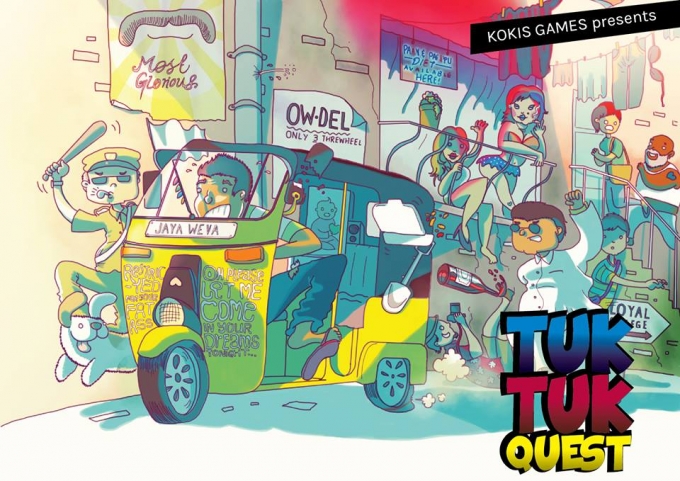 ‘Tuk Tuk Quest’ is a card game conceptualized by author Navin Weeraratne, and created in collaboration with friends Nigel De Zilwa and Rommel Arumugam. The game is fast paced and erratic—not unlike your typical tuk tuk ride, and is unstable enough to ensure that the best player does not necessarily win! Players masquerade as tuk tuk drivers, who must, among other things, struggle against the cost of living, or ascend into politics (not unprecedented irl…). The game is a ‘screw your neighbour’ type, easy to learn and with room for skill and  strategy. It pokes fun at Sri Lankan society, biases and prejudices and is also cynical about the government and politics, Weeraratne said, adding that future iterations of the game would continue to highlight social problems like ethnic intolerance, and violence against women. Response to the game was very strong, especially with the geek community, and the three friends sold out all games produced in the first stock. While traditional sales were slow to catch on, social media and online platforms worked in their favour, with online store takas.lk featuring the game on their site. Tuk Tuk Quest is currently out of stock, but queries can be directed  to their Facebook page. 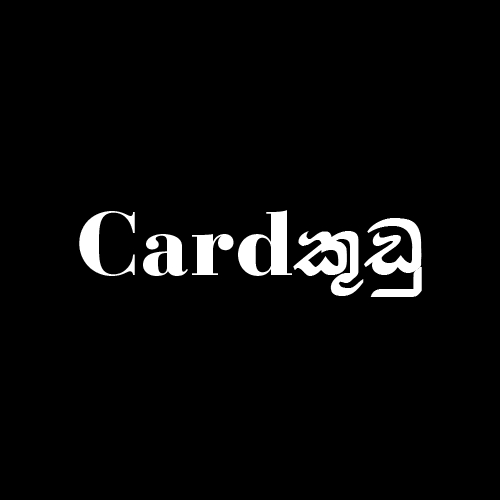 ‘Card Kudu’ is a wild, tongue-in-cheek game for “horrible” Sri Lankans. No, that’s not what we’re calling it, it’s what those that created the game call it themselves! Inspired by the game ‘Cards Against Humanity’, Card Kudu follows the same format, in which there are two piles of cards – one, the black ‘question’ cards, and two, the white ‘answer’ cards. Each player is dealt a hand of seven ‘answer’ cards, and a revolving Kudu Karaya (a play on the Sinhalese term for drug addict, no less) picks up a black ‘question’ card, on which an often outrageous question is posed. Take for instance, the question, “William’s Grinding Mill is a cover for…..’, leaving the blank to be answered by a variety of equally outrageous answers on the ‘answer’ cards. The ‘answer’ cards include the now famous ‘Disce Ammata Disce Discade’ and make digs at yahapalanaya, the bBond scam, the Cleopatra night club and even the nuns at Holy Family Convent. While the creators of Card Kudu would – for obvious reasons – prefer to remain anonymous, the wide acceptance for the game is evident in the fact that the game sold out its batch and is now currently out of stock. You can satisfy your curiosity about Card Kudu via their Facebook page. Ranjan Ramanayake’s physical attributes may crop up during a game of Machans Against Humanity! Image courtesy Facebook

‘Machans Against Humanity’ is a game also modeled on the popular Cards Against Humanity, in which players complete fill-in-the-blank statements with words or phrases typically considered “offensive, risqué or politically incorrect”. This Sri Lankanised version is the work of Lanka Comic Con trustee Thilani Samarasinha, together with the Geek Club of Sri Lanka, which helped crowdsource the questions and answers contained in the black and white ‘question’ and ‘answer’ pack. The goal, Samarasinha explained was to come up with the most offensive answer to seemingly innocuous questions. The simple (is it really, though?) question “What is the meaning to my life?” could bring about an answer as absurd as “Ranja’s boob tattoos”, referring to that unfortunate member of parliament’s physical attributes! The game is still in the making, Samarasinha said, for which reason there is no Facebook or Twitter page set up as yet, but the game will be pushed out via social media, once complete – so watch out for it.