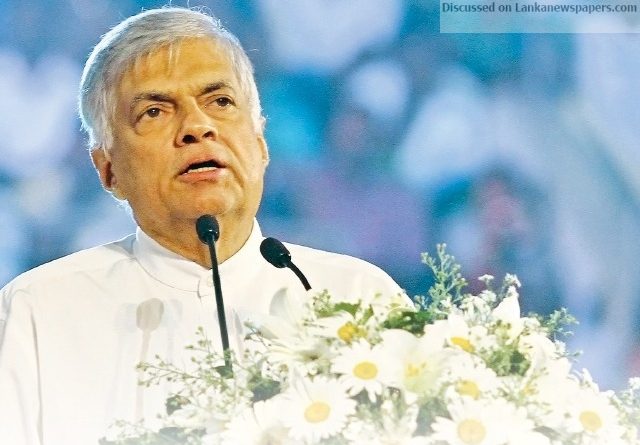 Prime Minister Ranil Wickremesinghe yesterday announced that the Samurdhi Community Bank would be brought under purview of the Finance Ministry and the Central Bank of Sri Lanka, as part of restructuring the Samurdhi programme.
Addressing the United National Party (UNP) May Day rally at the Sugathadasa Indoor Stadium yesterday (6), UNP Leader Wickremesinghe said that the Finance Minister had been instructed to assign the Samurdhi Bank under the Central Bank of Sri Lanka (CBSL).
Wickremesinghe pointed out that unlike other banks, the Samurdhi Community Bank did not come under the purview of the CBSL.
“All other banks function according to the regulations of the Finance Ministry. But the Samurdhi Community Bank does not come under the purview of the Ministry nor the CBSL and is not regulated,” he pointed out.
He added that 50 per cent of funds allocated for Samurdhi in 2018, already been spent within first three months of year, and it was the best example of financial misconduct by the Samurdhi movement.
Meanwhile, Ministers Sajith Premadasa and Rajitha Senaratne also expressed their concerns about the Samurdhi programme.
Both speakers said, that the programme was heavily politicized under the previous regime and UNP members were deprived of their Samurdhi benefits due to political revenge.