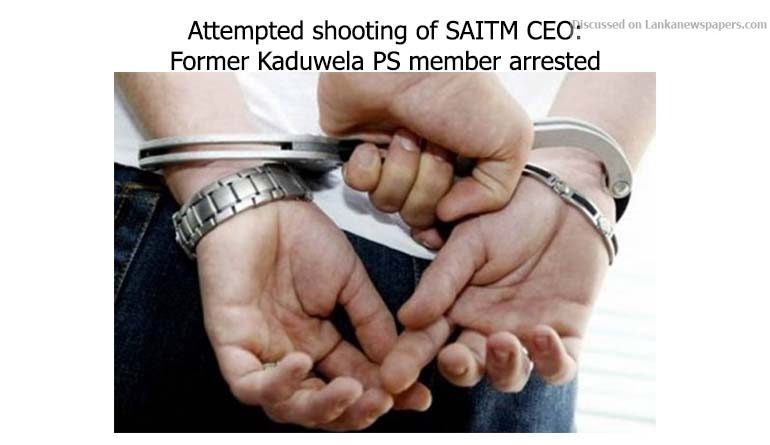 He was produced before the Magistrate and the CID obtained a 48 hour detention order to hold him for questioning.

Police were earlier on the lookout for a former Pradeshiya Sabha member and a driver attached to a Local Government institution in relation to the shooting.

Accordingly, on March 24, a driver attached to the Mulleriyawa Pradeshiya Sabha Susil Udayakumara was arrested by the CID and he is currently in remand custody.