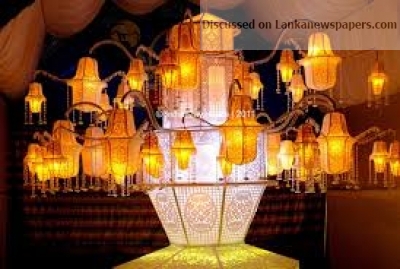 Arrangements have been made to conduct the State Vesak Festival of 2562nd year of Sri Buddhist Era at the historical Bingiriya Devagiri Rajamaha Viharaya in the Kurunegala District this year.The national Vesak festival will be held on Vesak Full Moon Poya Day, which falls on April 29th this year, under the auspices of President Maithripala Sirisena under the theme of ‘Demunu Sitha Suwa Gena De’.

The Cabinet of Ministers noted that the Minister of Buddhasasana Gamini Jayawickrema Perera, has also arranged a program to be implemented during the Vesak week from 26th April to 02nd May, 2018, giving prominence to the practice of Buddhist principles.Several other programs are also to be implemented to coincide with the State Vesak Festival with a view to creating a sustainable society blessed with spiritual development.