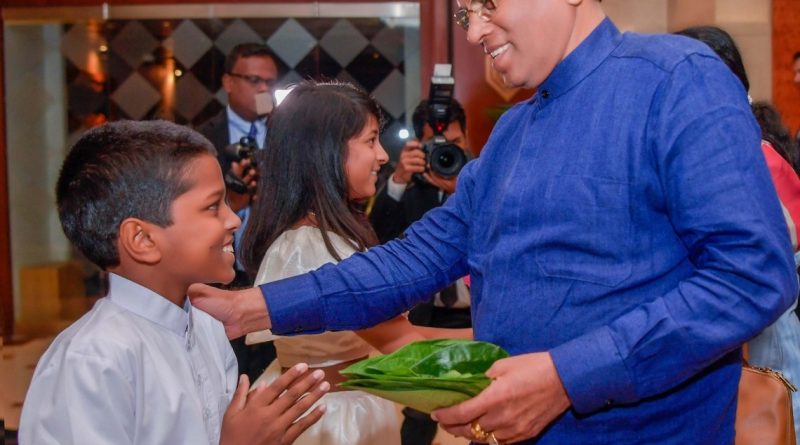 President Maithripala Sirisena reached London this morning (April 16) to attend the Commonwealth Heads of Government Meeting (CHOGM) 2018. He was received by the Commonwealth officials and Sri lanka High Commission staff. A Sri Lakan child offered beetle leaves to receive the President in accordance with the traditional custom. A girl offered a bouquet to Madam Jayanthi Sirisena.

President will take part in the CHOGM, of which the theme this year is “Towards a Common Future” and the special attention will be given to the areas of prosperity, security, fairness and sustainability to achieve the goals of Commonwealth countries.

The position of Commonwealth Chair-in-office, held by the government leader of the CHOGM host country, will be transferred at the summit from the Prime Minister of Malta to Prime Minister of the United Kingdom Theresa May who will hold the post until the 26th CHOGM expected in 2020.

Within the official visit, President Sirisena commencing from 21st of April tomorrow it is scheduled to meet the British Prime Minister Theresa May and also to hold discussions with several state officials who will be participating on the Commonwealth Heads of Government Meeting.

Despite attending this conference the President is scheduled to address the Commonwealth Business Council (CBC) and is also invited to deliver the key note speech on the conference regarding achieving sustainable development goals.
President Sirisena will attend the special celebration of the 92nd birthday of the Queen Elizabeth. He will also visit the Buddhist shrine in London to pay his homage.