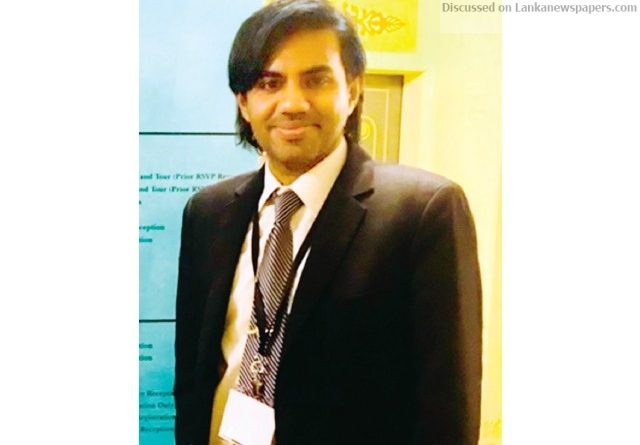 Institute of National Security Studies Sri Lanka (INSSSL) Director General Prof Asanga Abeyagoonasekera, the visiting Professor for Geopolitics and Global Leadership at Northern Kentucky University (USA), was invited to the 76th Annual Midwest Political Science Association (MPSA) conference, one of the largest political science conferences in the United States, held in Chicago from 5-8 April 2018, a press release stated. Prof Abeyagoonasekera was invited to Chair the session on ‘India’s place in world order’ and was a discussant at international economic ties and security in Asia.
The Midwest Political Science Association (MPSA) was founded in 1939 and is dedicated to the advancement of scholarship in all areas of political science.  The purposes of the MPSA are to promote the professional study and teaching of political science, to facilitate communications between those engaged in such study, and to develop standards for and encourage research in theoretical and practical political problems. As such, MPSA is a nonpartisan association. It does not support political parties or candidates. The MPSA publishes the American Journal of Political Science (AJPS), a premier journal for research in all major areas of political science. In April each year, the MPSA holds one of the largest political science conferences, with more than 5,000 presenters from throughout the United States and around the world. Traditionally, the national conference is held in Chicago at the historic Palmer House Hotel, the release concluded.