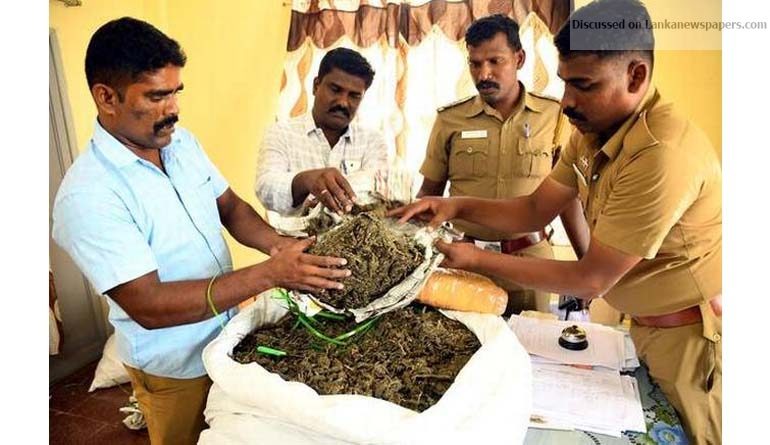 The Mandapam police have seized 136 kg of ganja, being smuggled to Sri Lanka via sea after arresting four people, including the kingpin of the smuggling gang and seizing their three cars at Vedhalai near Mandapam on Tuesday night.

Acting on specific intelligence inputs received by a security agency, a special police team intercepted the smugglers at Vedhalai seashore around 9 p.m. and seized the contraband brought to the shore to be smuggled to Sri Lanka, using a fishing boat.

Police said while two cars entered into Vedhalai and reached the shore, the third car was parked at the entrance of the village, abutting the national highway. On seeing the police party, the smugglers tried to escape leaving behind the cars. While one person escaped, the special team arrested four others, including Sekar (52), leader of the smuggling gang.

The drug trafficker, a native of Rameswaram and presently residing in Madurai, had served 10 years of imprisonment after he was arrested and convicted on the charges of smuggling heroin, police said.

He came out from jail in 2014 and acting as the kingpin from behind the scene, the police said. The police team also seized cash of ₹84,000 and seven mobile phones from the smugglers.