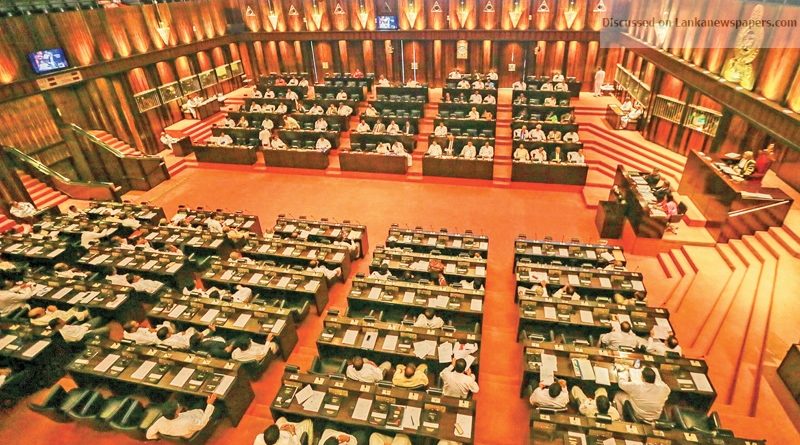 President Maithripala Sirisena had informed Cabinet of his intent to make a reshuffle before the Sinhala and Tamil New Year.

The President had made an indication that the subjects of ministries would be re-organised in a scientific manner during the Cabinet reshuffle.

A Cabinet minister, who took part at the meeting yesterday, told the Daily News that there are proposals to merge several ministry subjects to bring all relevant institutions under one arm. Accordingly, it has been proposed to amalgamate the Education, Higher Education and Skills Development and Vocational Training Ministries.

“Similarly there was a discussion to combine the two Ministries handling the subjects of plantations. There is preference for the merging of the National Co-existence, Dialogue and Official Languages Ministry and Reconciliation Ministry as those are inter-connected,” he said.

“The President stated that he won’t be able to celebrate the Sinhala New Year with a free mind without completing the Cabinet reshuffle and re-stressing the path of Government,” he added.

No SLFP minister took part in the Cabinet meeting yesterday in line with the SLFP Central Committee decision on Monday night.The Cabinet meeting, chaired by President Sirisena and Prime Minister Ranil Wickremesinghe, commenced at around 10 am at the Presidential Secretariat with the participation of ministers representing the UNF and lasted for about one and half hours.

This was the first Cabinet meeting following the defeat of the No-Confidence Motion (NCM) against the PM in Parliament on April 4, during which 16 SLFP members in the Government ranks including six Cabinet Ministers voted in favour of the motion. The SLFP Central Committee chaired by the President was unable to reach a collective agreement on the party’s future course of action during late night talks on Monday. The SLFP CC is to meet again today at 7 pm to reach a final decision as to whether they remain or quit the National Government.

A meeting between Prime Minister Wickremesinghe and UNF leaders has also been scheduled for 11 am today.

Following the Cabinet meeting Housing and Construction Minister Sajith Premadasa said the President and Prime Minister will sort out the existing problems of the Government in the next couple of days.

Buddha Sasana Minister Gamini Jayawickrama Perera told the media that the UNF is ready to work together with the SLFP faction which prefers to stay with the Government.