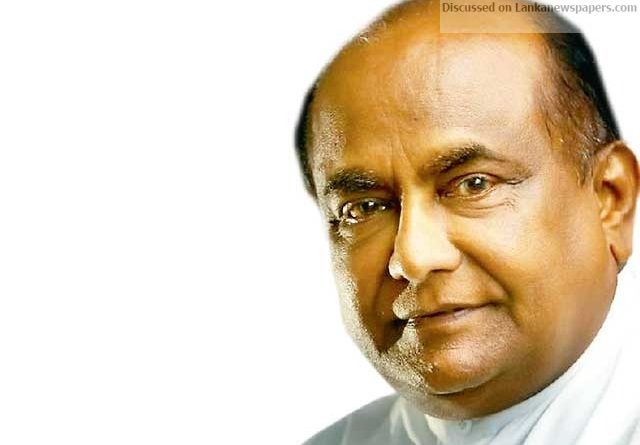 The Joint Opposition (JO) announced that they would apply pressure on the Speaker to hand over the position of the Leader of the Opposition to them. They would also canvass heavily in this connection within the Parliament, and elsewhere, both locally and internationally.
The JO is presently in discussions to …embark on a series of protests calling for the removal of the Leader of the Opposition, Rajavarothiam Sampanthan from the post owing to the JO’s lack of confidence in him, United People’s Freedom Alliance Matara District Parliamentarian Mahinda Yapa Abeywardena told Ceylon Today.
He added that the Leader of the Tamil National Alliance was a part of the Government due to the fact that he voted in favour of the Budget and also sided with the Government on other important issues. He further stated that Sampanthan had not properly taken up his responsibilities as a national figure of the Opposition due to the fact that he only spoke about the North, his own limited expectations in that regard and whatever he expected from the Government in relation to that. “He does not even speak about the East much,” he noted.
Also, speaking to Ceylon Today, JO Parliamentary Group Leader Dinesh Gunawardena pointed out that it is high time that the Speaker, who he claimed had made a mistake with regard to the appointment of Sampanthan, rectifies the matter, without making a mockery of democracy.
“The Leader of the Opposition position must be given to one of the Members of the JO which controls over 50 MPs in the Opposition. Plus, we have a mandate under the Leadership of MP and former President Mahinda Rajapaksa where we defeated everyone else at the Local Government Polls on 10 February. The Leader of the Opposition at present is only another mouthpiece of the Government and has thus failed the principle of Parliamentary democracy.
We are the people’s Opposition. The mistake was done by the Speaker, and therefore it is high time he sets things right without making a mockery of democracy,” he explained.