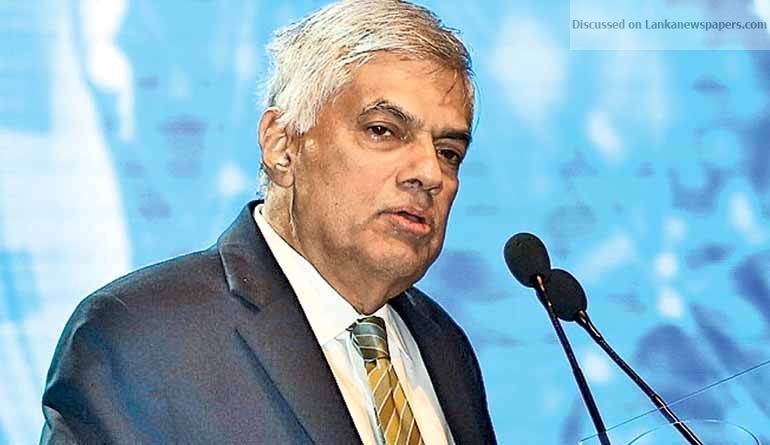 Who won the battle of the no-confidence motion? There were a two winners, not one. One of them won tactically and the other strategically. There were also many losers.

At the most obvious level, Prime Minister Wickremesinghe won. His party, or at least its parliamentary group and working committee rallied solidly behind him. The dissidents were silenced or fell silent. Ranil Wickremesinghe has homogenized his party at its upper levels. He is its undisputed leader for now, and no further challenge to his leadership will arise until the Presidential election next year. It is likely that the momentum of his recent victory will see him through to the candidacy of his party. It is also likely that his most obvious successor will stick to his original timeline of not accepting party leadership till after the 2019-2020 election season, when the results make the realities manifest and indisputable. So Ranil now has a clear run up to 2020. The battle to change the UNP leadership is over for now and has been won by Ranil.

The second victory was in Parliament. The Prime Minister clearly demonstrated his majority in the House. The Tamil and Muslim parties, with the exception of Mr. Arumugam Thondaman, rallied to his defense. Even more significantly, the bulk of the SLFP parliamentary group failed to rebel against him.

His third victory was in the power struggle with President Sirisena. That game is over, as is the game to dislodge him in parliament, which was in fact, the same game. Mr. Wickremesinghe won. President Sirisena lost.

The upshot is that the UNP remains as it is and what it is, while Prime Minister Wickremesinghe remains where he is. Once again, the effort to change the UNP leadership has failed (the earliest attempt I recall was in the late 1990s), this time, together with the effort to change him as PM. This is because Mr. Wickremesinghe obviously fits the self-image of the UNP’s decision-making strata, even while he fails to enthuse the UNP voters, leave alone voters in general.

The country and Mr. Wickremesinghe’s political rivals will have to reckon with a more homogenized government with a greater preponderance of UNP influence and ideology for the next 18 months. This is the UNP government and leadership that the Opposition will face. From here on in, it will be a frontal confrontation and zero-sum game, now that the project of intra-governmental change has ended in defeat. We shall now revert to the traditional pattern of Sri Lankan politics, with a UNP government of a predominantly Rightwing character, pushing a free-market fundamentalist and minoritarian agenda, with minoritarian support, and moving aggressively against its political opponents. The content of the parliamentary debate with its marked references to a new Constitution, Transitional Justice and Special Courts, made the policy agenda clear, just as the aggressive tone of the UNP speakers signaled the confrontational character of future politics.

The only surprise about Mr. Wickremesinghe’s performance was that he didn’t lose most of the support he had. In other words, he retained much of what he had. But not all. As he told the media afterwards, the national unity government will go on, “though we lost some of our people”. By this he meant the significant number of frontline SLFP rebels. Looking at the scorecard, As Prime Minister he could not command the complete support of his government, his Cabinet and his main ally. Mr. Wickremesinghe retained most of what he had but lost some. He did not make a net gain. His was a net loss.

In any serious political battle or indeed war, the crucial factor is constituted by the intermediate forces; those in the ground between the two warring camps. In Sri Lanka today, that factor is the SLFP. There is an old debate in political strategy as to whether the intermediate forces should be the target of political blows or whether they should be won over. Modern political strategy recommended both approaches in a combination known as “magnet and wedge”. Perhaps instinctively, Mahinda Rajapaksa used magnet and wedge to damage and dent the government while retaining every single one of his MPs.

Whether by design or instinctive tactical moves, Mahinda managed to score a major victory. The SLFP, the bulk of which he already had in terms of parliamentarians and votes, split once again. Though the new group of dissidents did not enter his camp, and may not, opting instead to maintain its autonomous identity, they converged with the JO in this crucial battle, and constitute a new foe for the UNP and a new front of opposition to the UNP. This new factor signals the transfer of what remains of the SLFP vote base to Mahinda, probably with these personalities, in an eventual alliance. Those of the SLFP—mainly the Chandrika faction—which chose to abstain, will reap the harvest of being perceived by their traditionally anti-UNP voters as collaborators with Ranil and the UNP.

While Ranil won the no-confidence vote in parliament, it was a tactical victory at great cost. The internal contradictions in the government have intensified. The government is in serious crisis. The SLFP is further splintered. President Sirisena has been gravely weakened. Overall the balance of forces has shifted even further in favor of Mahinda Rajapaksa than it did on Feb 10th. At the all-important level of the voters, it is highly doubtful that Ranil’s victory will enhance his popularity or that of his government. He can keep his party for as long as it wants him and he can keep his Prime Minister-ship until a new President comes along later next year. All this suits his main political challenger the JO, Mahinda Rajapaksa and the latter’s Presidential nominee whoever it is, quite admirably.

Only one man walked out of the parliamentary political arena or casino of the no–confidence motion, with more political chips, more numbers, potentially more political real estate, and an improved balance of forces, than when he walked in. And that man was definitely not Prime Minister Wickremesinghe.

What is more, that man, Mahinda Rajapaksa, has a higher percentage of the country’s vote than does Ranil Wickremesinghe, and that share of the vote will only grow with the SLFP rebellion, while the Prime Minister’s popular vote has yet to show any sign of growth or reversal of decline.