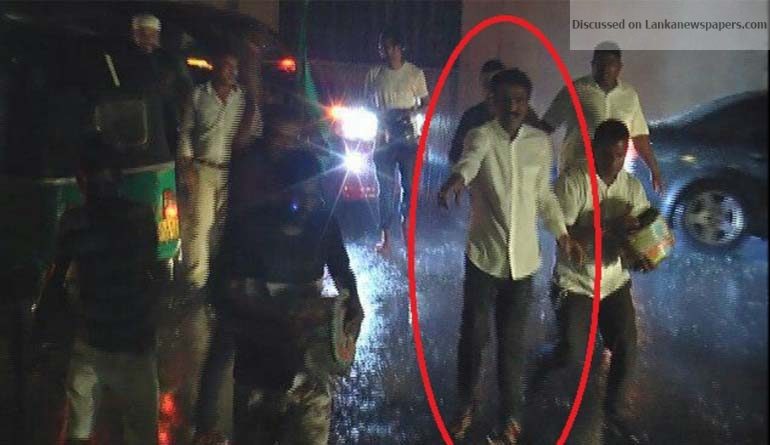 State media also aired footage of the Municipal Councillor, where he was seen close to the Prime Minister at the Gangarama Viharaya.
Meanwhile, Kithsiri Rajapaksa had displayed cut-outs in several parts of Colombo today congratulating the Prime Minister on defeating the No Confidence Motion
On the 31st of December 2009, the Daily Mirror newspaper reported that Kithsiri Rajapaksa was arrested by the Terrorist Investigation Division on charges of organized crime.
Anura Liyanage, the Deputy Chairman of the Kolonnawa Urban Council, who was also seen during last night’s (4th April) incident, is a political ally of UNP Parliamentarian S.M. Marikkar.
Liyanage who traveled passed the News 1st head office was also seen with the Prime Minister at the Gangarama Viharaya.