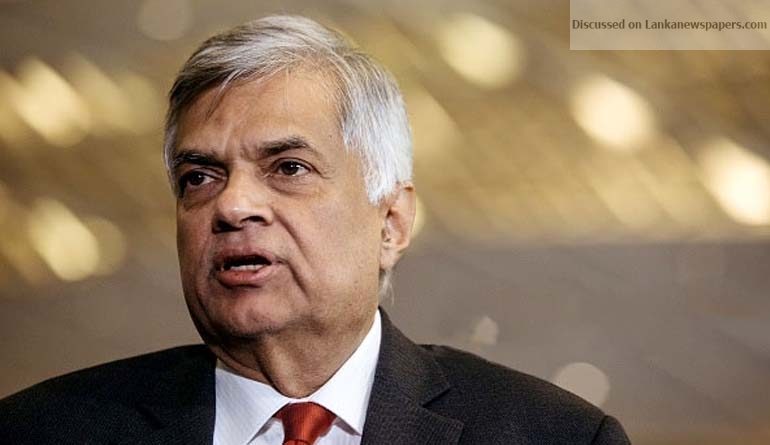 The motion of no confidence against Prime Minister Ranil Wickremesinghe was defeated in Parliament with a majority of 46 votes.

Ada Derana reporter said that 76 MPs voted in favour and 122 voted against while 26 MPs were absent during the vote.

Parliament commenced debating the no-faith motion brought by the Joint Opposition at 10.00am today and started the vote at 9.30pm.

Former President Mahinda Rajapaksa and other MPs representing the Joint Opposition voted in favour of the motion.

Several members of the Sri Lanka Freedom Party (SLFP), which has been divided over the decision, were noticeably absent during the vote which commenced at 9.30pm.

Wickremesinghe needed 113 votes in the 225-member Parliament to defeat the motion.

The United National Party (UNP) had decided to defeat the motion while the Sri Lanka Freedom Party (SLFP) had been divided over the vote with several MPs pushing for the party to support the motion.

State Minister A.H.M. Fowzie had said this morning that the SLFP would abstain, but immediately after State Minister Lakshman Yapa Abeywardena denied the decision.

Parliamentarians representing the Joint Opposition handed over the no-confidence motion, signed by 55 MPs including 4 from the Sri Lanka Freedom Party (SLFP), to the Speaker on March 21 while the following day party leaders decided that it will be taken up for debate today (April 4).

The no-confidence motion against the Prime Minister and Minister of National Policies and Economic Affairs Ranil Wickremesinghe lists several points including accusation over the Central Bank treasury bond scam and also the recent communal violence in Kandy.

It claims the PM severed the Central Bank of Sri Lanka from the Ministry of Finance contrary to the norm and brought it under himself “with the motive of committing a fraud associated with Treasury Bonds.”

The motion claims that Wickremesinghe has created a huge economic crisis by keeping under him the Ministry of Economic Affairs, taking control of the Ministry of Finance through the Economic Management Committee and keeping the Central Bank of Sri Lanka under him by managing the national economy for the past three years.

He was also accused of failing to take immediate measures to provide protection to Sinhalese, Tamil and Muslim people during the unrest that occurred in the Kandy District while holding the portfolio of Minister of Law and Order, resulting in loss of lives and damage to property.