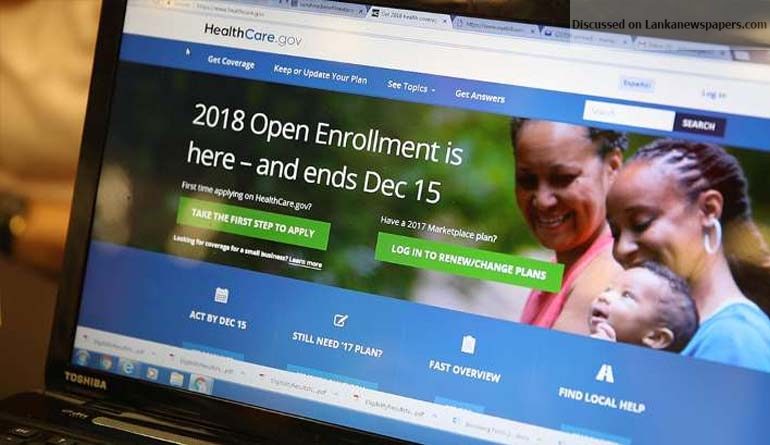 Obamacare remained popular with millions of Americans in 2018, despite the Trump administration’s repeated attacks.

Nearly 11.8 million people selected coverage for this year on the federal and state-based exchanges during a shortened open enrollment period, according to official data released Tuesday by the Centers for Medicare & Medicaid Services. That’s down only 3.8%, much less than some advocates of the health reform law initially feared.

Some 8.7 million people signed up on the federal exchange, while 3 million picked plans in the 11 states and the District of Columbia, which run their own marketplaces. Some 27% of consumers were new to Obamacare, a somewhat lower share than last year. Another 24% were automatically re-enrolled, while 47% were returning customers who picked new plans, slightly higher than last year.

Obamacare’s open enrollment period was in the spotlight this past fall with both supporters and detractors poised to use the numbers to support their arguments. The modest dip in sign-ups allowed advocates to stress the Affordable Care Act’s value to consumers.

“The administration’s final open enrollment report proves, once again, how important the ACA marketplaces are for providing people with affordable, quality health care,” said Josh Peck, co-founder of Get America Covered, an advocacy group. “While enrollment remained steady because of high consumer satisfaction and more affordable premiums for those who qualify for tax credits, enrollment would have outpaced previous years if the administration had focused on signing people up instead of on derailing open enrollment efforts.”

Meanwhile, CMS Administrator Seema Verma said the open enrollment period was the “most cost-effective and successful” to date.

The Trump administration made many significant changes to the sign-up process for 2018. It cut the open enrollment period in half, slashed advertising by 90% and reduced support for enrollment assistance.

Also, many insurers fled the individual market. Those that remained hiked premiums amid the uncertainty in Washington, D.C. and President Donald Trump’s elimination of funding for Obamacare’s cost-sharing subsidies.

In a strange twist, richer federal premium subsidies actually made coverage more affordable for many people. Many insurers loaded the premium increases into their silver plans, upon which premium subsidies are based. So eligible consumers received larger subsidies to put toward buying silver plans or bronze policies, which have lower premiums.

These folks are paying an average of $89 a month for 2018 coverage, compared to $106 last year. The federal government, meanwhile, footed more of the bill, with the average subsidy rising to $550 a month, up from $383 a month last year.

Those who don’t qualify for subsidies, however, saw their monthly rate spike to $621, up from $476. The share of consumers receiving premium assistance was 83% both this year and in 2017.

Though Obamacare remained popular this year, 2019 could prove to be a different story.

It will be the first time the individual mandate, which requires nearly all Americans to have coverage or pay a penalty, will no longer be in effect. (Congress eliminated the penalty as part of the 2017 federal tax overhaul.) Advocates fear that even more insurers will exit the exchanges, which could leave some enrollees with no options to choose from — or only more expensive ones.

About one-third of individual market enrollees said the mandate was a “major reason” why they chose to buy insurance, according to a new Kaiser Family Foundation poll. But nine in 10 said they intend to continue their coverage.

Also, the Trump administration is allowing insurers to offer alternatives to Obamacare, which will come with lower premiums but fewer benefits. Of particular concern to health policy experts are short-term health insurance plans. The administration plans to make it easier to obtain this coverage by allowing carriers to sell policies that last just under a year, rather than a maximum of 90 days.

Many Americans are concerned about their coverage options for next year, the Kaiser poll found. Some 58% of Obamacare enrollees said they were “very worried” or “somewhat worried” that there will be no insurers selling plans in their area. Some 82% were worried that their premiums will increase so much that they won’t be able to afford their current plan, while 80% were worried that co-pays and deductibles will become so high that they won’t be able to afford to get the health care they need.

Some 53% of Americans — and 60% of Obamacare enrollees — think the exchanges are collapsing, the poll found. Actually, insurers saw their ACA divisions stabilize last year.

Just over half of Obamacare enrollees said that they were satisfied with their plan choices on the exchanges and that their health insurance was an “excellent” or “good” value, Kaiser found. Most enrollees said their premiums and deductibles were similar or lower in 2018 than in the prior year.