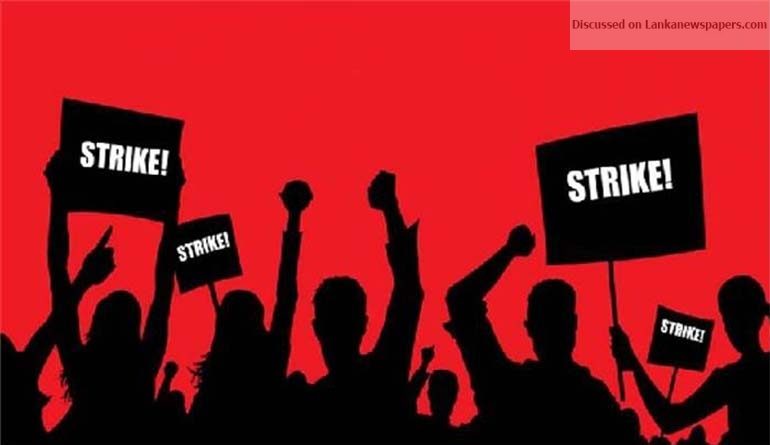 The strike of the university non-academic staff, which had dragged on for 35 days was likely to end today, after a meeting among the members of the University Trade Union Joint Committee (UTUJC), its secretary Dhammika S. Priyantha said yesterday.

Representatives of UTUJC met Minister of Higher Education Kabir Hashim yesterday when the latter promised to give a 10% salary increment to the non-academic staff members.

Priyantha said, “The Minister offered 10% and although it was below what we asked for we decided to be flexible given the political situation in the country. The Minister also promised to do his best to give a higher increment. We will meet again today and we will take a final decision. As things stand now the strike will likely end today.”

“While the union is strong enough to keep the strike going, the political climate in the country had an effect on their decision making,” Priyantha said. “We have to be mindful of the external factors too if we are to win,” he said.

Inter-University National Trade Union Federation Joint Chairman Gayan Nimesh Peiris told The Island that he was hopeful that the strike would end today. He added that the Minister had also promised to establish a committee to look into the grievances of the non-academic staff members.

Peiris said, “our strike has been going on for 34 days and the government has not come up with a proposal to solve the issue. We are glad that the Minister has agreed to meet us today when everyone is working frantically on the No-Confidence Motion and I am also glad that we could reach some sort of an understanding today.”