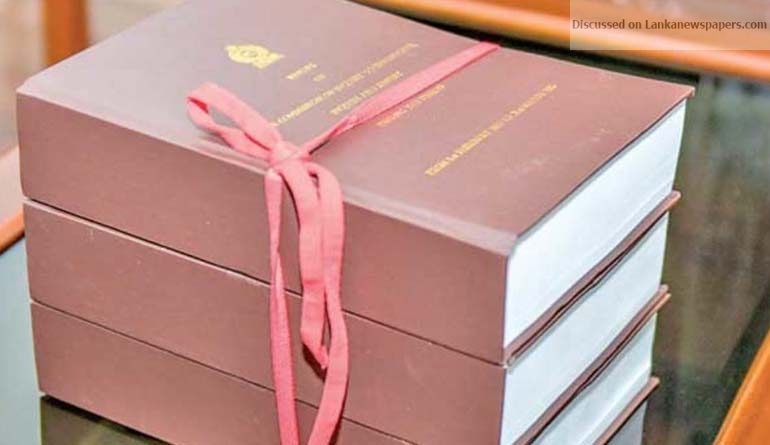 Gamini Marapana PC who appeared for Arjun Aloysius and Kasun Palisena in the revision bail application filed before the Court of Appeal yesterday, challenged the introduction of the bond report into the Magisterial Inquiry as it was inadmissible in a court of law. Therefore, the materials, based on which the Fort Magistrate had given the bail order on the suspects, cannot be regarded as evidence, the PC said.

He argued that the insertion of the bond report into evidence had prejudiced the court by contaminating the Magistrate’s mind against his clients to take away the ‘presumption of innocence’ that his clients are entitled by the law.

At the onset of the case, President’s Counsel Gamini Marapana, who supported the revision bail application filed on behalf of Arjun Aloysius and Kasun Palisena, drew the attention of the court to the repercussions his clients had to face due to the Presidential Commission of Inquiry into the bond controversy, arguing that his clients had been tried and convicted by the press.

Mr. Marapana was of the view that the prosecution in the Magisterial Inquiry had attempted to link the Public Property Act to the case for the simple reason that the Bail Act cannot be applied in the inquiry with regard to the suspects. He said it was a clear abuse of the law aimed at his clients, as there was no danger of them fleeing the country.

Mr. Marapana reasoned that the 1982 Public Property Act (PPA) was introduced during a period where a lot of terrorist activities were prevalent and therefore it gave court the provision to safeguard public properties by imposing heavy sanctions on the culprits who misused them. He said that the PPA is now being used merely to lock people up.

Mr. Marapana formulated his main legal argument in the backdrop of the legal concept of the Rule of Law considering the notion of the ‘presumption of innocence’.

Mr. Marapana challenged the inclusion of the Presidential Commission of Inquiry’s report on the bond issue as evidence by the prosecution.

Elaborating on the legal nature of such Commissions, Mr. Marapana was of the view that commission’s materials are inadmissible in the court of law as commissions are not identified as judicial or quasi-judicial body by the law.

Citing several previous Supreme Court judgments in connection with the nature of such commissions’ reports and recommendations, he said ‘a report of a Commission’ will not be regarded as evidence in any court according to the law. Thereby, he challenged prosecution placing the bond report into the magisterial inquiry and said this is itself illegal.

He contested that the material (bond report) on which the Magistrate had given the bail order is inadmissible in court since the report of a commission cannot be taken as evidence in court according to the law.

Citing several precedents, Mr. Marapana argued that commission’s recommendations have no consequential effect in nature; hence its findings or the report has no legal or binding effect by the court of law.

‘The reason behind placing bond commission’s report in Magistrate’s court by the state (prosecution) was to prejudice the court, thereby contaminating the mind of the Judge against the suspects’ Mr. Marapana said.

He also said that the Magistrate in her bail order had also quoted the bond report frequently by citing various findings of the Commission’s inquiry, hence, the illegal inclusion of the bond report had flawed the entire magisterial inquiry.

Mr. Marapana in his submission also contested the inclusion of the Public Property Act into the incident. He said that under the PPA, the public property is identified as a movable property, however, the allegations levelled against Arjuna Mahendran was in respect of criminally misappropriating and breaching the trust over a ‘duty’ assigned upon him (duty to collect borrowings for the government), therefore, the offence doesn’t fall under the Public Property Act.

Thereby, he requested the court to issue notices to the respondents of the revision petition and also requested for an interim relief to be given granting bail for his clients.

Additional Solicitor General Yasantha Kodagoda PC was also present in the court of appeal while Mr. Marapana was submitting his arguments and addressing the court, ASG Kodagoda said that he also wished to reply to the attorney for the petitioner’s submission as it was relating to the legality of the magisterial inquiry and also said he wished to apprise the court on the legal jurisdiction of the court to hear the petition.

However, he was told that there was no time for this, hence, the bench comprising Justice Shiran Gunaratne and Prithi Padman Surasena (President) re-fixed the case for further submissions for May 18.

Earlier, the Fort Magistrate remanded the suspects considering the allegations levelled against them under the Public Property Act. Later, the case was shifted to the High Court as it was found that the magistrate cannot release them on bail as per the PPA, where one who misappropriated public property causing more than Rs.25, 000 damage to the State had no chance of being given bail relief except in exceptional circumstances or by a High Court Judge.

However, Colombo High Court also refused to grant bail to the suspects, setting aside the suspects’ petitions. As a result, the suspects had filed a revision bail petition in the Court of Appeal, asking to revise the bail order of the Magistrate and the decision of the High Court.