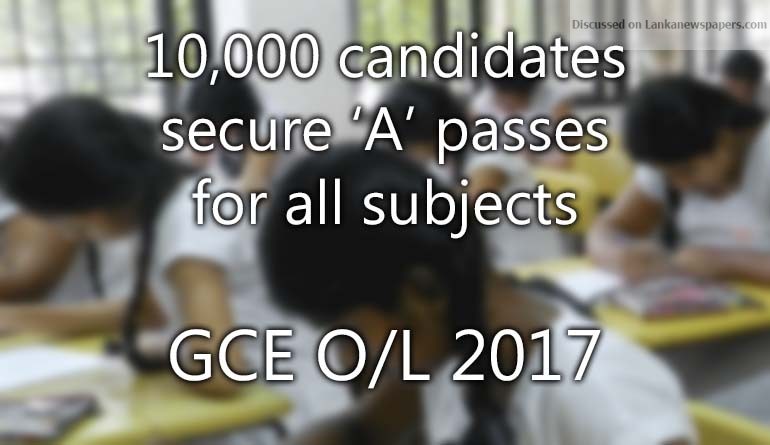 Outstation students have secured top fifteen places at the G. C. E. O/L examination 2017 according to results released at Wednesday midnight by the Examination Department.

The results were first released on the Department website www.doenets.lk first and then posted to schools and private candidates countrywide.

The Exam Chief said 9,960 students had obtained ‘A’ passes for all nine subjects.

He said those who wanted to have their results re-scrutinised would have to apply before April 07 through their principals. Private candidates will have to do so on their own before April 12 with the model application to be published in the newspapers. Pujitha said the examination certificates for the GCE O/L results of 2017 would be issued from April 02.