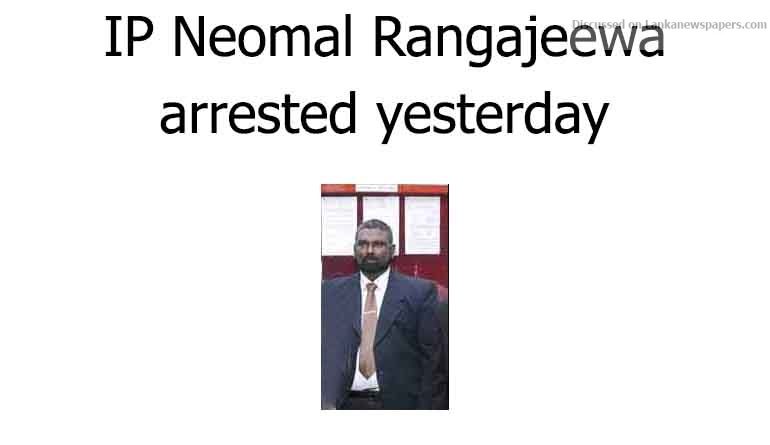 IP Neomal Rangajeewa of the Police Narcotics Bureau was arrested yesterday evening by the CID over the Welikada prison riots that occurred in 2012, Police Media Spokesman SP Ruwan Gunasekara said.

He told that Rangajeewa had been asked to report to the CID for a statement and having recorded the statement, he was arrested.

The Attorney General’s Department had earlier given their approval for the arrest of Rangajeewa with regard to the killing of several prisoners at the Welikada prison in 2012.

With regard to the incident, he faces allegations of having illegally entered the prison and having gathered selected prisoners by calling them out by name prior to the killing.

According to the evidence uncovered in the committee appointed to investigate this incident, Rangajeewa had gone for the prison operation by noting on the field note book that he was attending another duty.

The CID had previously noted that there was ample eye witness evidence for Rangajeewa’s arrest.