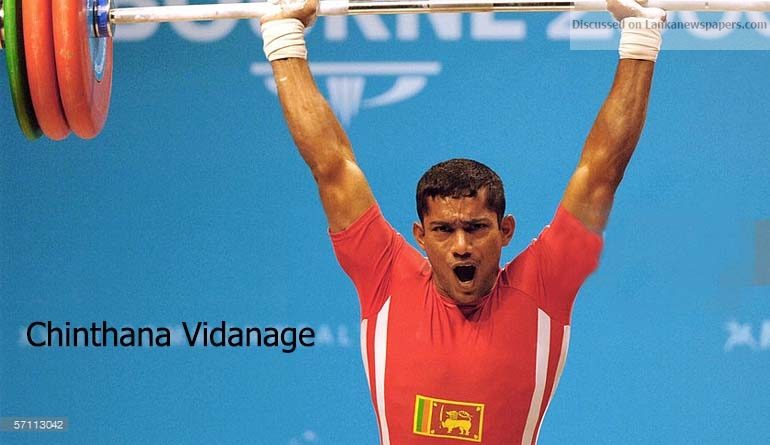 For Sri Lankan lifters–Commonwealth Games have been a happy hunting ground. Not that medals have come in great numbers but they have made at least a single podium finish in each of the Games since 2006.

On April 4, Chinthana Geethal Vidanage–the overall team captain will lead a squad of 80 athletes across 11 disciplines at the Carrara stadium in Gold Coast, Queensland but he knows the pressure is on him and the rest of the weightlifters to win medals. Sri Lanka weight-lifting team includes 11 athletes–seven male and four female.The XXI Commonwealth Games will be held from April 4 to 17.

Sri Lankan lifters have won four Commonwealth Games medals–a gold, two silver and a bronze during the last three editions and believe they are in with a greater medal haul this time around.

“We are in sight of at least four medals,” said Vidanage, the gold medalist at the 2006 Commonwealth Games. “But it all depends on how they handle the pressure during the competition. If we can carry the same intensity and confidence we had during practices to the Games, I think, we are within our targets.

In a country starved of medals at major sporting events during the last decade, lifting has been the only respite. Vidanage followed his gold medal performance in 2006 with a silver at the 2010 Games while Sudesh Peiris clinched a bronze medal during the same Games. Four years later it was Sudesh Peiris who won a silver at the Glasgow Games. Peiris, however did not make the squad this time around.

According to Vidanage, Indika Dissanayake who is competing in the 69Kg weight-class and Chathuranga Lakmal (56Kg) are among the top medal contenders this year. In fact, Lakmal had won a silver at the recent Commonwealth Games Weightlifting Championships.

“Another is Thilanka (Palangasinghe) in the 62 weight-class and myself. If we can replicate what we do at training, I am sure of winning at least four medals,” Vidanage said adding he was honoured by the opportunity to lead entire contingent.

“I am really honoured,” he said. “If you look the entire team, I am the only Commonwealth Games medalist going into the Games and also the most experienced players, having represented Sri Lanka during the last four Games.

Vidanage also said they have an outside chance of winning a medal or two in the women’s category with Hasani Gomes (48Kg) and Chamari Warnakulasuriya (53kg) leading the list.