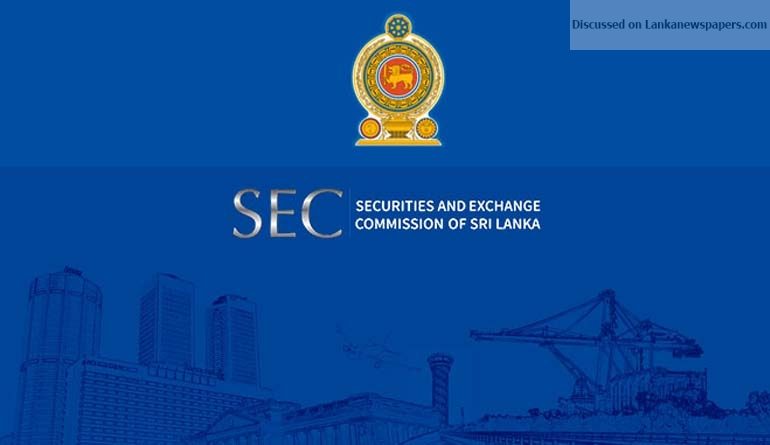 The capital market is worried over the apparent stalemate at the Securities and Exchange Commission (SEC) with confusion over the new tenure of the Commissioners who haven’t met for two months.

Chairman Thilak Karunaratne’s -year tenure ended on 25 January followed by those of the other Commissioners.

It is learnt that Karunaratne had expressed interest in a fresh three-year term but given the 10 February Local Government elections, a decision was delayed.

However, the Chairman is believed to have sought the Attorney General’s opinion and as per the SEC Act, the Commission members must be appointed for a full term and not for a limited period such as six months.

This impasse, it is learnt, has made the Commission members nonfunctional and there has been no Commission meeting for two months.

Sources questioned why a temporary six month appointment was made if a new term was legal only for three years. Some claimed that Karunaratne had originally asked for a full term and it was not considered owing to the election period. Others claimed that he had conveyed the request for a full term but would resign after six or 12 months after ensuring the passage of key pieces of new regulations such as the new SEC Bill and Demutualisation Bill which have been tabled in Parliament.

Due to the Commission not meeting for two months, capital market participants said a host of matters were pending without resolution, thereby impacting critical funding initiatives among other issues.

The Daily FT learns that given the impasse the Government has decided to properly reconstitute the Commission including appointing some new Commissioners.