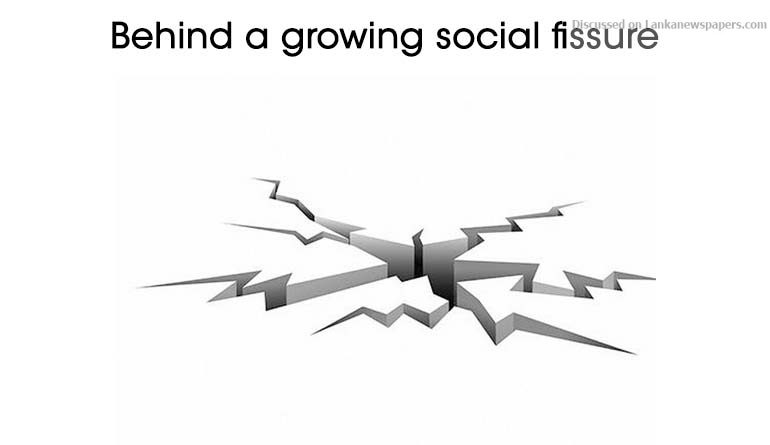 In Sri Lanka, the relationship between the Sinhala Buddhist majority and the Muslim minority has steadily deteriorated since the end of the civil war. When Mahinda Rajapaksa was in power, much damage was caused when violence was unleashed on Muslims by Buddhist mobs, in Aluthgama in 2014. The new government, which was elected in 2015 with the support of the minorities, promised an end to such violence. However, the recent attacks in the Kandy district, where well over 200 homes and 14 mosques were destroyed, resulting in a state of emergency being imposed and social media platforms being blocked, has shown that this government too has not been able to contain the anti-Muslim project that is gaining ground in Sri Lanka.

The state of emergency has been lifted. But the continuing nature of the struggle between the two communities calls for a dispassionate assessment of the many complexities undergirding their relationship. This involves the need to problematise certain popular assumptions about the character of the Sinhala Buddhist mindset, the nature of the accusations being levelled against Muslims, and about ending the crisis. This is necessary to add perspective to an ongoing debate and not to condone, even indirectly, the devastation caused by tribalistic groups on the country’s minorities.

One of the popular but simple assumptions made about Sinhala Buddhists is that hatred is what predominantly defines their attitude towards Muslims. But the situation is more complex.

The Sinhala Buddhist majority, just as any other majority community, is keen on preserving its identity and dominance. And for various historical and geographical reasons, Sinhala Buddhists are a majority with a minority complex, existentially fearful of losing majority status in Sri Lanka either to Tamil Hindus or to Muslims.

The minorities, especially Muslims, are seen as ‘aliens’. As the foremost Sinhala Buddhist nationalist, Anagarika Dharmapala, wrote in 1915, the “Muhammedan” is “an alien to the Sinhalese by religion, race and language”. The majority often sees Muslims as a growing, united and economically persevering group, having an unshakeable faith in Islam, and asserting the Islamic identity. In contrast, the Sinhala-Buddhists are seen to be lacking unity — unlike Muslims, they are relaxed and liberal about religious practices/observances. The Buddha’s teachings, in fact, are critical of any attachment to and promotion of identities, be they ethnic or religious.

So, difference, fear and even jealousy play prominent roles in shaping how the majority views Muslims; though these get easily translated into hatred and violence. And Sinhala Buddhists tend to be a more liberal and self-critical community than Muslims; though it is not uncommon to hear a Sinhala Buddhist proclaiming (within his own community) the need to act ‘like Muslims’ if their identity is to be protected.

Thus, it is of fundamental importance to recognise that there are significant social and cultural differences in how Buddhists and Muslims are taught and trained to approach matters of religion and identity.

Another issue concerns the complaints and allegations levelled against Muslims by the majority. Critics believe that those behind such allegations deserve no hearing, for they are mere canards. This is yet another wrong and dangerous assumption.

The allegations are many and varied. First, there are those that have a direct impact on the security of the people and state relating to such matters as the rise in radicalisation of Muslims in the Eastern province (Islamic State inspired) and the alleged promotion of anti-Buddhist propaganda by fundamentalist forces. Second, there are allegations against Muslim politicians of being engaged in land acquisitions and the illegal resettlement of Muslims. Third, there are concerns which are meant to promote fear and hatred. These range from the absurd accusations about Muslim promotion of birth control pills and concerns about the growth in the Muslim population, expansion of Muslim-owned businesses, and Sinhala families being driven away from villages by Muslims.

There is a list of different complaints, and of varying degrees of seriousness. While some of them need to be exposed for what they truly are (myths and untruths), and some defy any meaningful action (the expansion of businesses or the population), some others would need to be taken up for serious examination by the political leadership. This hasn’t happened so far.

Given such a complex problem, a popular response by many (which includes local celebrities) has been to come out with the comforting but vacuous assertion of an all-embracing ‘Sri Lankan’ identity or a reminder of a long history of peaceful co-existence between the two communities. Such assertions, though well-intentioned, seem to be inspired by the erroneous view that the current crisis is either an aberration or caused by a disgruntled and violent few.

A realistic agenda which lays emphasis on ensuring accountability through the prosecution of all persons, including Buddhist monks, who have caused and incited violence, while also engaging in the difficult task of having constant dialogue between Sinhala Buddhist groups, the Muslim religious/political leadership and the government is essential. However, to avoid a catastrophe, Sri Lanka needs to evolve into a strong but secular-minded state. This involves, in principal, a radical alteration of how the Sinhala Buddhist community, the state apparatus, and the community of Buddhist monks think about the majority-minority relationship and equal citizenship. Without such an alteration, the island nation is destined to suffer long years of political and economic stagnation.