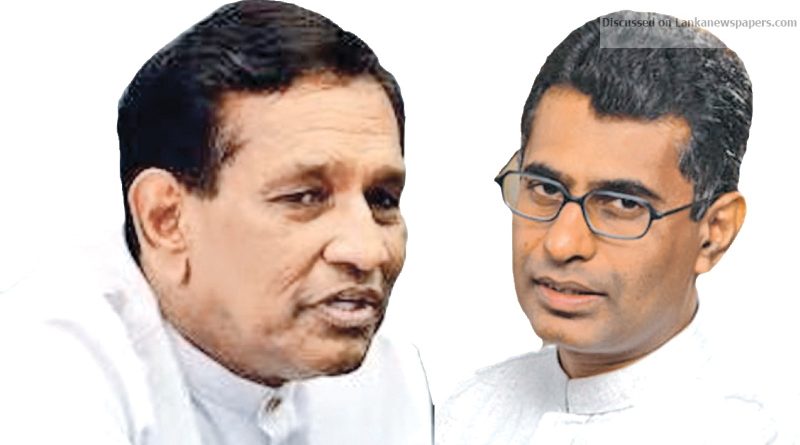 Several high ranking Cabinet Ministers urged the President and Prime Minister to work together and iron out their differences if any for the betterment of the country.

As a No-Confidence Motion looms over the Prime Minister in Parliament, Minister Patali Champika Ranawaka had submitted a Cabinet Paper highlighting the way forward for the government.

The last Cabinet Paper, the 59th paper was a political one, said National Co-existence Dialogue and Official Languages Minister Mano Ganesan speaking to the Daily News.

Minister Ranawaka having presented the paper had insisted that structural changes needed to be made if they were to survive the next few years.

“He said he was answerable to his supporters and party and that if no changes were made, he would be compelled to make his own decision,” Minister Ganesan said.

Minister Rajitha Senaratne who had then echoed the sentiments expressed by Ranawaka had also appealed to the President and Prime Minister to come to terms to work together.

As a partner in the national government, Minister Ganesan was also quick to agree that the two main leaders needed to speak in one voice and make the needed structural changes.

“A proper Cabinet reshuffle is needed and it should mean that talented people; those who were responsible for bringing the government into power and those who can work should be given more responsibility. And the ‘Yes’ men and women should be demoted or removed”, said the minister.

We want them to give priority to the good governance government. This is not happening, both are working in the interests of their own political party, he added.

The Prime Minister and President who had listened carefully to the voices in their cabinet and thereafter had a prolonged discussion.