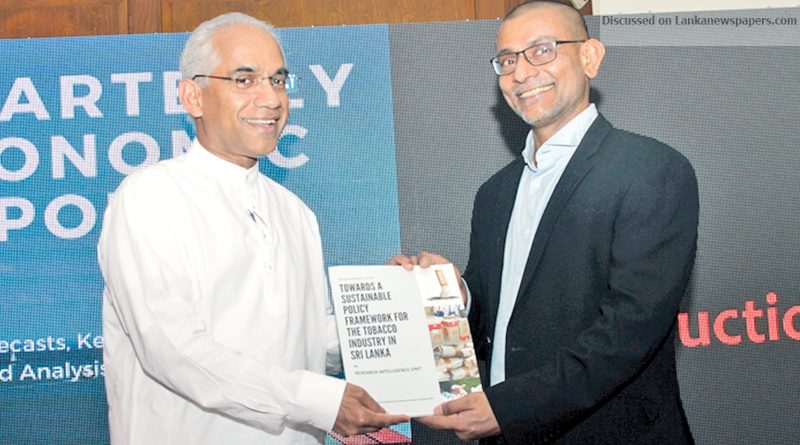 The tax revenue from Tobacco to the government coffers have dropped by Rs 3 billion and this is expect to continue, said Founder Research Intelligence Unit (RIU) Roshan Madawela.

Speaking at a Research Forum organised by RIU he said that the government targeted Rs 105 billion of tax revenue from Tobacco.

Madawela said that today tax on Tobacco and other overheads has resulted in the increase of a cigarette price by 257%.

“With Sri Lanka currently having the highest cigarette prices in the Asia Pacific region (PPP) and the second highest prices in the world, the island is also rapidly turning into a smugglers’ paradise,” he added.

Taking Malaysia as example he said that the production cost increased by 111% in 5 years which resulted in a huge drop of revenue to the government and it also saw a big sale of illegal cigarettes. There was a similar situation in Pakistan and to overcome this issue a lower priced cigarette was introduced. It was also disclosed that the value of Sri Lanka Tobacco industry was Rs 131.7 billion which is 1% of GDP. There are 46,000 employees while there are 20,000 Tobacco farmers.

These people say that the proposed tobacco ban showed be differed by another 10 years enabling these people to adjust to another mode of income generation. A country’s fiscal and taxation policy is a major determinant of macro-economic policy and sustainable economic growth particularly in areas such as government revenue, public debt as well as resource allocation and economic stability. The critical thrust of any Government policy on tobacco should be a focus on achieving two important objectives.

According to Sri Lanka Customs, only one out of 10 smuggled cigarettes are discovered and confiscated by law enforcement agencies.

The international agencies, including the World Bank, have suggested that a 10 percent rise in taxes will result in an 8% fall in smoking in low and middle-income countries.

Economist, Lalinda Sugathadasa said that government must look at alternative methods for revenue generation since there is a drastic drop from Tobacco tax revenue.