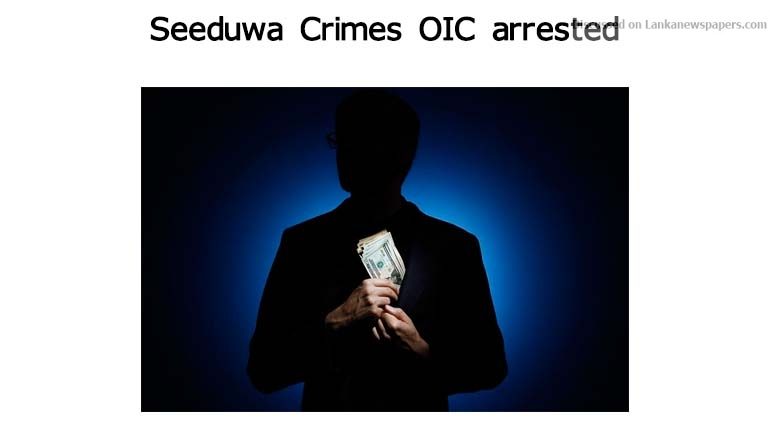 The Seeduwa Crimes OIC had been arrested yesterday allegedly in the act of accepting a bribe of Rs 25,000 and a bottle of wine, from a Katunayake businessman the police station, Senior Superintendent of Police (SSP) Priyantha Chandrasiri, Director of the Bribery Commission’s Investigation Division said.

Bribery sleuths arrested him at the Police station while he was allegedly obtaining the bribe. The OIC is said to have taken the bribe to lead an investigation in favour of the businessman, who had lodged a complaint with the police.

“The businessman had lodged a complaint against another person and the Crimes OIC asked for a bribe to arrest the person concerned and assist in his conviction,” Chandrasiri said. The OIC was to be produced before the Colombo Magistrate. Police Spokesperson SP Ruwan Gunasekara confirmed the arrest.