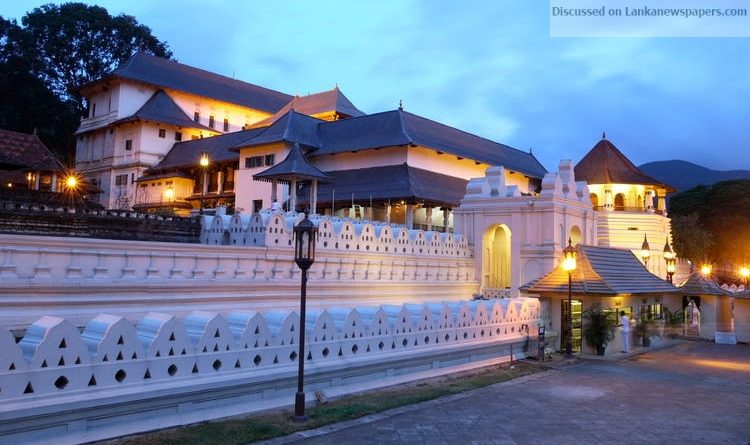 Foreign travellers are calling up Kandy hotels to cancel their holiday plans for bookings already placed with most online visitors opting to stay clear of the violence that this week hit the hills.

At least 10 per cent of tourists scheduled to visit Kandy cancelled travel plans in the wake of the tension experienced in the district during the past few days.

Kandy Hoteliers Association President Samantha Ratnayake told the Business Times that a few hotels had reported 5-10 per cent cancellations by tourists scheduled to holiday in Kandy but noted that by Friday the city was returning to normal except for a few restaurants that remained closed.

In fact most of the travel agents issued instructions to their guests to move out of Kandy due to curfew being repeatedly imposed in the region.

Three cultural shows per day performed at the Kandy YMPA, Peradeniya Oak Ray hotel premises and the Cultural Centre close to the Dalada Maligawa were cancelled since Tuesday due to a night curfew. But to ensure the show goes on hoteliers continued to provide these shows at the respective hotels visitors were staying in.

Most visitors did not have travel disruptions within the city as they were provided special passes and even the armed forces that had moved in had allowed them to tour the Dalada Maligawa, Mr. Ratnayake said.

Shops and restaurants were closed from time to time while hotels remained open.

Guests were increasingly inconvenienced when access to social media was restricted by authorities, Mr. Ratnayake said adding that hotels provided their Internet services for use to get in touch with their families back home.

February to April is the peak season for the Kandy hoteliers and in this context most hotels continued to remain full, he said.

Some hotels had over 150 cancellations for March from a mixed market of Benelux and Chinese travellers in addition to future bookings upto April with about 40 more rooms amounting to about 80 guests.

Mahaweli Reach Resident Manager Rodney Armstrong said by Friday tourists were free to travel around the city and the city was calm.

Travel Agents Association Sri Lanka President Trevor Rajaratnam said on Friday that damage control was carried out and the government was doing their best under the current circumstances.

Private train service operators were impacted by the turn of events in Kandy with at least three cancellations. Santani Resort and Spa Operating Manager Mahesh Ekanayaka said they had not indicated to guests the acuteness of the problem and since most did not use mobile devices in this resort the restriction on social media access did not pose a problem at this resort.

Some guests that turned up at hotels based on online bookings and later cancelled their stay in Kandy returned to Colombo once they heard of the situation in the area. Online guests travelling from the UK, the Middle East and Benelux countries called off their stay in the country ahead of arrival.

Some MICE events have also been cancelled due to the curfew.

Most Kandy hotels have experienced confirmed bookings being cancelled especially from West Asia scheduled from May to August.

Roshan Fernando, General Manager at the Golden Crown, a new hotel, said that the situation was scary and they expect it would take about six months to overcome the current crisis.

Indian tourists have also deferred or delayed their plans to travel to Sri Lanka going by reports in the Indian media.

Some Indian travel agents advised their clients against visiting the country due to communal tensions. India is the generator of highest tourist traffic alongside China.

However, the Sri Lankan delegation at the ITB fair in Berlin seemed oblivious to the developments on the ground with some industry officials in Berlin saying there were no cancellations due to the crisis in Kandy.

Tourism Development Minister John Amaratunga, speaking in Berlin, used the opportunity to reassure the international tourism community that the “unfortunate events that affected a few outskirts off Kandy were now history and that normalcy had been restored in the affected areas.”