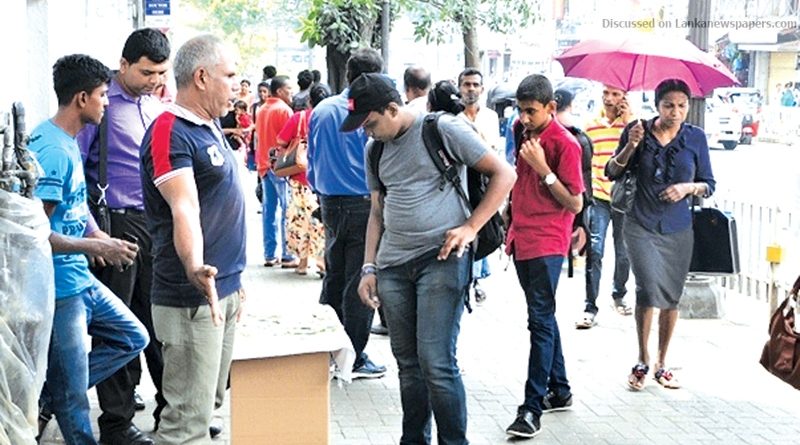 Public life in Kandy which had been disrupted over the past couple of days due to ethnic tensions is now returning to normalcy.

Businesses which had been shut for the last three days, opened yesterday, after Police curfew was lifted at 6.00am yesterday and transportation services were also seen to be getting back to normal.

Government offices too opened their doors after being shut for the last three days. Only a few Muslim business places however were seen open and security was beefed up around the district with around 6000 Police, STF, Army, Air Force and Naval officers on the ground.

The Police reported that they had arrested 23 persons including a student from the University of Peradeniya from the areas of Peradeniya, Digana and Ambakotte for breaching the curfew.

The Kandy District has been fully secured and I can certify that, Army Commander Lt. General Mahesh Senanayake said.

He added that the Army together with the Tri Forces and Police are capable of handling any situation.

The Commander expressed his views at a discussion held between Sinhala, Muslim and Tamil Traders’ Association in Kandy on Thursday (8).

Lt. General Senanayake further said that the people in the Kandy district were getting back to restoring normalcy to their lives and that the Army was committed to helping them in anyway necessary to rebuild their lives.

He observed that these acts committed by a small group of people had brought great disrepute to the country internationally and it would be very hard to erase this blackmark on the country’s image. “We have uncovered many details about these organized groups which committed such acts and having arrested the main suspect who instigated all these people over social media, it is going to be easy to arrest the rest,” the Army Commander said.

Kandy District Secretariat H.M.P. Hitisekara in the meantime said a team of 24 officers from the Government Valuation Department have arrived in Kandy to assess the total value of all the damages incurred.

The District Secretariat said he had discussed matters with the Divisional Secretariats, Grama Niladharis, government officers and religious leaders on steps which need to be taken to avoid a repetition of such incidents in future.