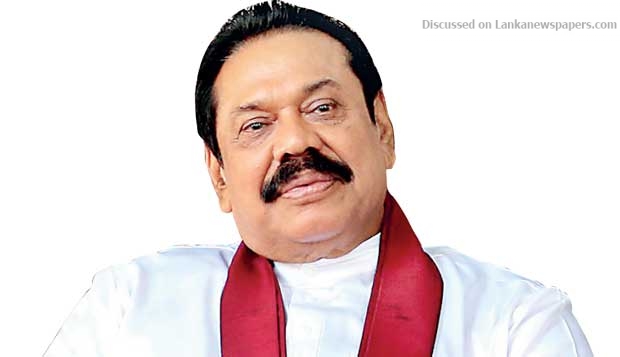 Former President and MP Mahinda Rajapaksa yesterday rejected the reports of Digana violence stemming from a political conspiracy and said the incident reflects the inaction of the UNP.

“This is not a political conspiracy. It reflects the inaction of the UNP. They are not keen on resolving the matter and the government has deviated from its responsibilities. There is no one to turn to,” Mr. Rajapaksa responded to journalists outside his residence in Nugegoda yesterday.

Speaking to media following the meeting, the former president said they discussed about the latest incidents and that immediate measures should be taken to prevent tense situation from aggravating.

“We request everyone to respect rule of law, maintain law and order and not to hurt anyone belongs to different ethnic communities. We all should act responsibly,” he said.

He said he was surprised at the silence maintained by the government over the aggravating issue. “The State of Emergency should have been imposed before,” he said.

Meanwhile, he said some elements want to spread the notion that the majority community was intimidating the minority communities in the country.