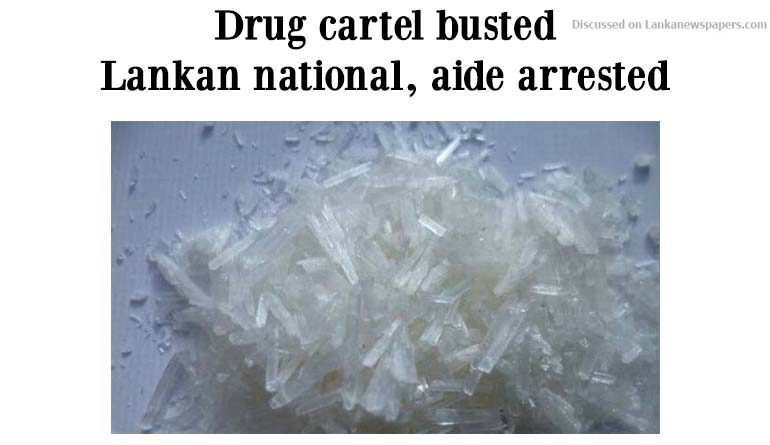 Accused held a fake Indian passport, had been staying in Mannady for five years

The city police claimed to have busted a major drug cartel with the arrest of a Sri Lankan national, who held an Indian passport, and his associate recently. Huge quantities of methamphetamine were seized from the accused.

Shabudeen, 55, a Sri Lankan national, landed in a trap laid by the Fake Passport Wing of the Central Crime Branch when he arrived on Friday with the contraband called ‘meth’, also known as ‘ice.’

He was holding an Indian passport. His associate Nagoor Hanifa of Nethaji Nagar, who helped him obtain the fake Indian passport under the name of Ibrahim, resident of Angappan Naickan street, was also held.

Shabudeen used to procure brown sugar in Mumbai since 1996 and sell it in Sri Lanka. In 1999, when he tried to sell contraband weighing 9 kg, he was nabbed and imprisoned for four months. The Narcotics Control Bureau of India was looking for him for peddling 12 kg of brown sugar in India.

After a long search, he was arrested in Chennai and lodged in Central Prison till 2012. Since the validity of his Sri Lankan passport expired after his release, he got hold of forged documents through a broker, who obtained a passport for him in the name of Ibrahim.

The CCB said he was staying in Chennai and visiting Malaysia, Dubai and Saudi Arabia, and indulging in drug peddling and hawala transactions.

City Police Commissioner A.K. Viswanathan, in a press release said the suspect was staying in the city on rent and peddling drugs. He urged the public not to give their houses on rent to suspicious characters. “Since movement of such accused is a danger, people should come forward to share information to the police,” he said.

Other investigating agencies are probing his links with drug cartels. A source said Shabudeen had been peddling drugs through his contacts with people in Afghanistan, Pakistan and Sri Lanka. He had been staying illegally in Mannady for five years.

Meanwhile, the Narcotics Control Bureau, Chennai Zonal Unit arrested Mohammed Lafir, 35, at the Chennai International Airport on Monday when he tried to smuggle 8.3 kg of ephedrine to Kuala Lumpur via Kolkata.

The substance was concealed in two plastic packets in a carton containing a wet grinder.