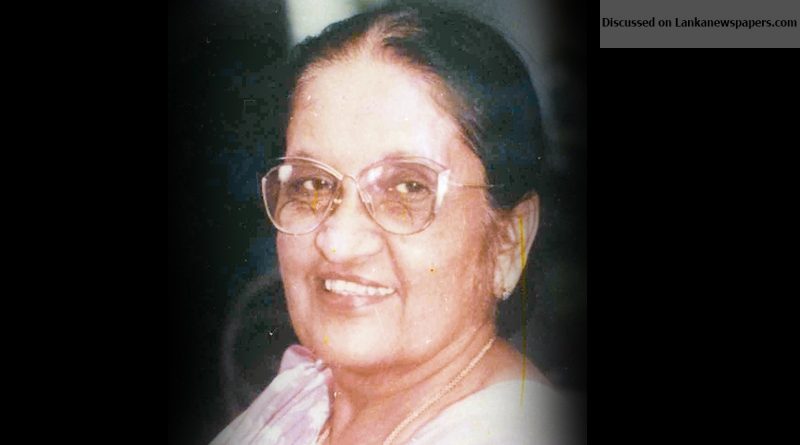 History is full of examples of the disastrous consequences that came upon such nations that changed their constitutions by giving one man too much power – Sirimavo R. D. Bandaranaike

In July 1960, we really surprised the world, as makers of the first woman Head of State, by voting Sirimavo Bandaranaike to power. The world wondered how it happened in Ceylon; a record that will remain unending in mankind’s history.

The London’s Evening News, reporting in bold letters in front page, on July 21, 1960, wrote, “There will be a need for a new term, shall we call her Stateswoman?” It was after six years since this extraordinary happening for another nation to elect a woman as Prime Minister; the second, Indira Gandhi followed by Israel’s Golda Mere, Briton’s Margret Thatcher and so on. At a time, there was a cold war between two super powers who were engaged in a contest for winning the third world nations, Sri Lanka under Sirimavo hosted the Non-aligned Movement’s Summit in 1976 attended by 86 Heads of State.

Sirimavo Bandaranaike, coming from an aristocratic background, was not one to show off her position, and neither was she interested in the formal side which has now become a characteristic of Heads of States. When she became Prime Minister and head of government in 1970 for her second term, she had attained political maturity following a hard first term from1960 to ’64. She was in authority of her government and had put on wide experience both in opposition and in government. In April 1971 she had to confront the JVP rebellion, the oil crises which had distressing consequences on the country, land reform and nationalization of plantations. She successfully managed a coalition with vociferous left political parties. There was much anxiety in the politics especially within the government. She managed the country in these grave times with bravery.

Prime Minister Sirimavo had an admirable relationship with her officials. She was prepared to listen to opposing points of view, and was rarely annoyed, and would make a pronouncement after considering the pros and cons of any problem. She did not make conclusions before meetings with officials, and she was open to expert advice from officials. She had a clear separation of what is official and what is political. She did never encouraged senior public officers to support the demands of politicians. She never intervened in making appointments at ministries, a job she entrusted to the ministry secretaries. Mrs Bandaranaike was not troubled by the political connections of officials and never contemplated in politicising the public service.

A sense of public duty

As a practising Buddhist, Sirimavo was mindful of the truth that all things were transient and temporary. She was not an orator or a good speaker in the House, but was a great parliamentarian. She understood her accountability to Parliament and always travelled economy class on many of her trips abroad.

Former Senior Asst. Secretary, Ministry of Planning & Economic Affairs Leelananda De Silva, writing a tribute once said, “She had a great sense of what was right and proper and could rise above partisan politics. I remember one instance in Tokyo, when we prepared her speech to be delivered at the reception hosted by the Japanese Prime Minister. The officials, except for one or two felt that there should be a reference to the role of Sri Lanka (then Ceylon), at the San Francisco Conference in 1950, where the Japanese Peace Treaty was signed. At this conference, Mr. J. R. Jayewardene, who was the Minister of Finance and the Leader of the Ceylon delegation, had waived any claim by Ceylon for war reparations from Japan. Japan has never forgotten this friendly gesture. At the time of Mrs. Bandaranaike’s visit to Tokyo in 1977, Mr. Jayewardene was Leader of the Opposition in Sri Lanka, and the general elections were expected soon. The question therefore was whether to highlight Mr. Jayewardene’s achievement. Mrs. Bandaranaike had no qualms at all and was perfectly happy to mention Ceylon’s role in San Francisco.”

She was particularly concerned about maintaining good rapport with China, India, and Pakistan. In early 1970s we offered refueling facilities to Pakistani aircraft during the Bangladesh crisis; there was severe resentment in India. However, her close relations with Indira Gandhi, the Indian PM helped to triumph over this setback in our relations with the giant neighbour.

She attended kindergarten travelling in a buggy cart under the care of an ayah and faithful carter. Five year-old Sirimavo baffled the carter when she insisted that a particular bull be bound to the buggy, whenever the man brought a new one. This extraordinary longing or passion for things she amply demonstrated in her political life as Bradman Weerakoon, the official Secretary to the Prime Minister, says, “She insisted fresh Mangoosteens from Horagolla, Rambutan and mangoes from Attanagalle, be air lifted to London to be served for the guests at a dinner, she hosted for several distinguished VVIPs; her hand-written personal note to me, specifying, where to collect the fruits, types and details of varieties”. -‘Rendering unto Caesar’: Pp-91/92

Sirimavo’s 19-year association with S.W.R.D. Bandaranaike as Minister, Opposition Leader and Head of State, gave her sufficient opportunity to understand the intricacies in the political field, which she used generously in later years as Head of State.

After the assassination of her husband in 1959, and at party hierarchy’s invitation she reluctantly joined the fray; assumed the high position in July 1960, and addressed the nation;

“By their verdict, the people have clearly affirmed their faith in the democratic socialist policies initiated by my late husband. It was far from my mind to achieve any personal glory for myself, when I assumed the leadership of the party at the request of its leaders. I knew that if I did not take this step the forces of reaction would once again begin to oppress the masses for whose salvation my husband sacrificed his very life.”

“What does she know of politics? … She’ll end up by spoiling her reputation and ruining the family name.”

All her critics were soon to find themselves in grave inaccuracy.

Sirimavo’s handling of the Tamil national issues left much to be desired. She attempt to push Sinhala into administration leading to a mass satyagraha by Tamil politicians. She declared a state of emergency and sent in the Army to break up non-violent campaign. Tamil leaders were confined to house arrest. In 1966, she led a movement against limited rights being awarded by Dudley’s government to Tamils through District Councils. In the 1970s, she introduced medium-wise standardisation for university entrance depriving many Tamil students of higher education. Also there was discrimination against employment in government.

Sirimavo’s civic rights were deprived by JR and she was expelled from Parliament. She was all alone as her party boycotted proceedings. Wishing good-bye to parliamentarians she said, “Remember the Sword of Damocles hanging over my head, will soon be yours. The people will see to it”.

The unruly MP’s of the UNP were harsh and boisterous as she walked out. It was the Opposition Leader Amirthalingam and Sivasithamparam who flanked her on both sides and graciously escorted her out.

Sirimavo Bandaranaike was a morally upright figure. Her financial integrity has been without accusation. Her personal behaviour too has been devoid of blemish.