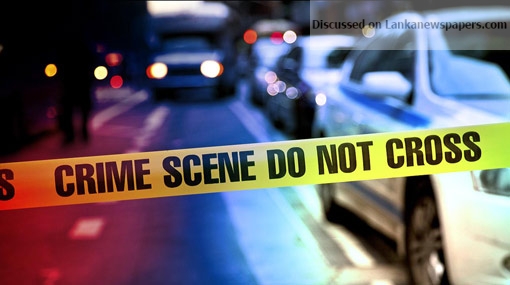 One person has been injured and hospitalised following a shooting incident near the railway crossing on Cotta Road in Borella, the Police Spokesman said.

He said that two unidentified individuals who arrived on a motorcycle had opened fire at a car near the railway crossing on Cotta Road at around 6.35pm today (20) and then fled the scene.

The driver of the car, a 32-year-old man from Kotahena, had sustained injuries in the shooting and has been admitted to the Colombo National Hospital for treatment.